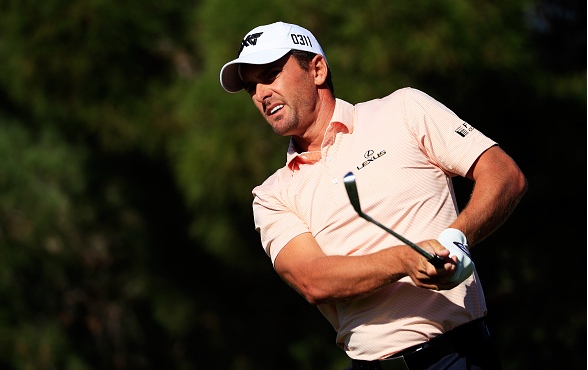 The RSM Classic kicks off tomorrow at Sea Island in Georgia. To go along with our 5 Power Picks, here are this week’s 5 Sleeper Picks.

2016 Web.Com graduate, Ryan Blaum, has successfully made the cut in all four events he has played so far this season. Blaum, maybe the hottest under-the-radar player coming into this week’s event, finished T15 last week at Mayakoba. The Oregon alum has finished inside the top-35 in all four events to start the year. Look for Blaum to continue his early success this week at the Seaside Course.
OWGR: 335 | 2017 FedEx: 33

A two-time winner on the PGA Tour, Charles Howell is coming off a T7 at Mayakoba and T15 at the Shriners Open. Howell has placed in the top-10 three of his last six trips to the RSM Classic. Howell looks comfortable with his game, and should be in the mix this week.
OWGR: 97 | 2017 FedEx: 27

India superstar Anirban Lahiri bounces around from tour to tour and finds himself at the RSM Classic for the first time in his career. Lahiri, who has won seven times on the Asian Tour and twice on the European Tour, has yet to secure his first win on the PGA Tour. Lahiri has played consistent over the last couple of weeks, T3 at CIMB and T28 at OHL Classic. Lahiri, who carded 72 in both of his final rounds this season, will have to improve his scoring on Sunday to secure a win this week
OWGR: 78 | 2017 FedEx: 23

Patton Kizzire, who finished 82nd in last year’s FedEx Cup race, has gotten off to quite the odd start this fall. Kizzire currently sits in 11th in the standings despite missing the cut at 2 of 3 events. However, when he did play the weekend, he excelled. Kizzire opened up the wrap around season with a 2nd place finish at the Safeway Open, his second runner-up finish on Tour. If Kizzire can limit the mistakes in rounds 1 & 2, look for him to be in contention on Sunday.
OWGR: 86 | 2017 FedEx: 11

Ireland native Seamus Power is coming off a great week at the OHL Classic. Power opened last week with rounds of 68-66-64, finding himself three shots back on Sunday. The PGA Tour rookie fell down the leaderboard on Sunday, after carding a 5-over 76 to finish T28. If Power can quickly learn from his Sunday experience, he could find himself in the thick of it this weekend.
OWGR: 319 | 2017 FedEx: 82