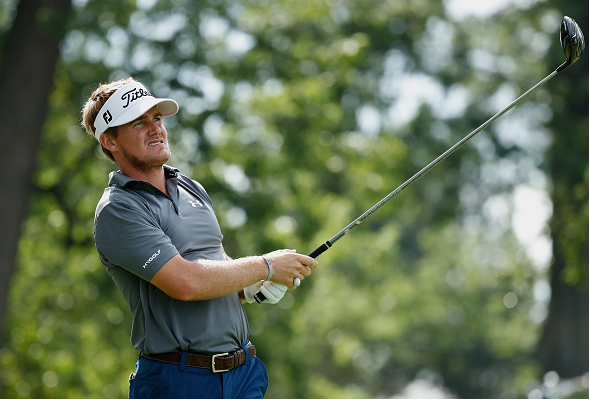 The Sony Open, the second leg of the PGA Tour’s start-of-the-season Hawaiian swing, kicks off tomorrow at Waialae Country Club in Honolulu.

To go along with our 5 Power Picks, here are this week’s 5 Sleeper Picks.

The Argentinian Gomez will look to recall his performance from last year in Honolulu where he outlasted Brandt Snedeker in a playoff victory. Back to defend his title, Gomez has made 3 of 4 cuts this season and a solid showing last week in Maui – finishing at 10-under-par.

Gomez’s win last year propelled him to finish 40th, his best finish yet in the season long FedEx Cup race.

After finishing 24th in the FedEx Cup race last season, McGirt is off to a hot start this year. The reigning Memorial Open champion was in contention last week at the Tournament of Champions until Sunday when he carded a 41 on the back nine.

McGirt found 85% of the fairways and 64 of 72 greens last week, so if he can improve his play on and around the green, McGirt could be well on his way to another top-25 finish in the FedEx Cup.

Bradley has been sneaky-good this year and his past four tournaments show that he could find himself in contention this week. Bradley, who hasn’t won since 2012, has made 4 of 4 cuts and all have been T22 or better finishes.

The former PGA Champion is on pace to have a solid year and I wouldn’t be surprised to see him lifting the trophy come late Sunday.

Lovemark finished T7 at the Sony Open last year which powered him to his best season on the PGA Tour. After finishing 49th in the FedEx Cup race, Lovemark is off to a solid start to his year with 4 of 5 cuts made and two top-25 finishes.

Look for Lovemark to refer back to last’s years success in Honolulu to get into contention this week.

This pick might be a little bias, due to the fact Peterson is my favorite Tour Pro. However, after spending much of last season injured, Peterson is back and a little rusty but don’t let that fool you.

The LSU alum had a T15 finish in his last start at the OHL Classic and looks to be getting back to 100 percent. If Peterson can limit the big numbers this week, you might catch him capturing his first PGA Tour victory.