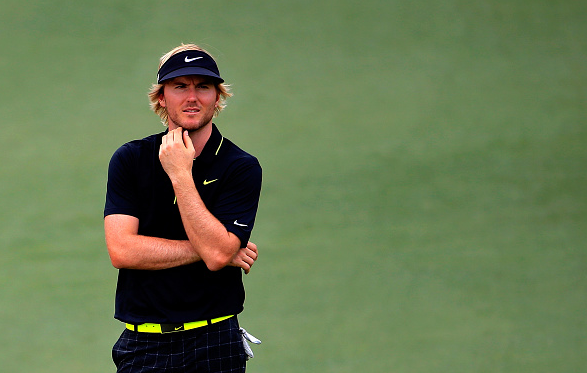 I can’t begin to share my excitement for the first Major of the year! It is officially Master’s week. This week will be pretty difficult in choosing sleeper picks because I’m almost certain either Dustin Johnson or Jordan Spieth will lap the field this week. I could be wrong but recent history seems to agree.

Johnson is the hottest player in the world at the moment and will be coming into Augusta off of 3 straight wins. Spieth on the other hand, is off to a dominant start in terms of his career at Augusta. In his first 3 trips, Spieth has yet to finish outside of the Top-2! Despite his falter on the Par-3 12th hole last year, Spieth does already have a green jacket from his 2015 victory.

Side note: I definitely wanted to pick Jon Rahm as a sleeper this week but Sobel changed my opinion on what a sleeper is…

In Final Four terms, Jon Rahm is the sleeper that everyone calls a sleeper until he proves he isn’t one anymore: https://t.co/1VgRICIZi6

Simpson has racked up only three Top-25 finishes in 12 events this season, but having won the U.S. Open back in 2012 makes me believe he can find himself in contention this week. Simpson finished T29 last year and T28 in 2015 (his best) at Augusta.

However, I do think with Simpson’s strong short game, he will find himself in the mix come the weekend.

Fitzpatrick will be making his third trip to Augusta National – and second as a pro. Fitzpatrick, who is primarily a European Tour member, has finished T17 or better in 4 out his 5 events so far this season on the PGA Tour.

The 22-year-old Fitzpatrick has the game and experience to compete at Augusta. In 2014, as the reigning U.S. Amateur champ, he missed the cut. But last year, his first as a pro, Fitzpatrick fired a final-round 65 to finish T7.

I usually don’t like picking players who have won the previous week but after seeing what Henley’s putter looked like last week, I had to pick him. Henley made almost everything he looked at on the greens Sunday and I think we will seem him bring some of that to Augusta.

Henley has placed inside the Top-25 in seven out of 11 events so far this year and his last trip to Augusta in 2015 – resulted in a Top-25 finish. Watch out for Henley this week!

Leishman is on pace for his best year yet on the PGA Tour, recording Top-25 finishes in 6 out of his 9 events – including a win at the Arnold Palmer Invitational.

Leishman has recorded three Top-5 finishes in his Major Tournament career – one of those coming at Augusta in 2013, where he finished T4. However, Leishman has made the trip to Augusta 3 times and only saw the weekend once.

Despite missing six cuts this season, Hoffman is a player who has performed well at Augusta and that secures him the final sleeper spot. Hoffman does have two Top-5 finishes this year, coming at the Genesis Open and the Arnold Palmer Invitational.