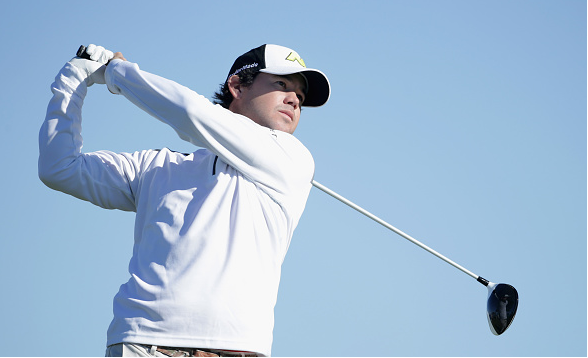 While many of people will be watching New England win another Super Bowl this weekend (my opinion), I’ll be wishing I could be sitting on the famous par-3 16th.

To go with our 5 power picks, here are this week’s 5 sleeper picks.

The Georgia Bulldog, Harman, seems like a sleeper pick week in and week out. However, Harman has proved that he can compete on the PGA Tour. Harman has made 6 out of 8 cuts including a T9 last week at the Farmers Insurance open and a T3 at the CareerBuilder Challenge. After being in contention the last two weeks, Harman is closer to getting into the winners circle this season.

After an eventful fall, which included sealing the winning Ryder Cup point, Moore has played some solid and consistent golf so far this season. The former NCAA Individual Champion, Moore, has made all four cuts so far while racking up four Top-25 finishes. Moore has recorded a win in each of the past three years and I see that trend continuing at some point this spring.

After a decent showing at the Farmers Insurance Open (T33) last week, Moore is coming back to TPC Scottsdale after a T6 the year before. Holmes, who also played on the winning U.S. Ryder Cup team, will look to contend for his 5th PGA Tour victory this week.

Finau is another one of those players who finds himself on the sleeper list. The 27-year-old has had quite the start to the 2016-17 season, racking up 3 Top-25 finishes including a T4 last week at Torrey Pines. The bomber, Finau, will have to find some fairways this week if he wants to be in contention come Sunday. Finau is playing in his 3rd season on the PGA Tour and is already on pace for his best year yet!

Pretty hard to pass up on Keegan Bradley this week, especially after his Sunday 67 to finish T4 at the Farmers Insurance Open last week. In addition, Bradley has only missed one cut this season and all 6 made-cuts resulted in Top-25 finishes. Bradley will be looking to get his first win on the PGA Tour since 2012.