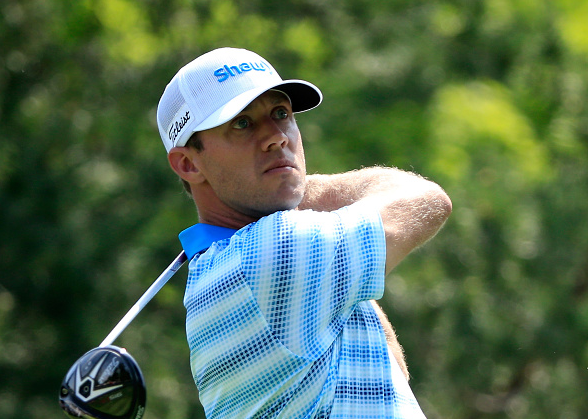 An interesting phenomenon has recently taken place at The Memorial Tournament. The last three champions: William McGirt (2016), David Lingmerth (2015), and Hideki Matsuyama (2014) not only were victorious for the first time at Muirfield Village, but the win represented their first career PGA Tour victory.

This year’s field is replete with very talented golfers still looking for PGA Tour win No. 1.

It would not be surprising if on Sunday, Jack Nicklaus is congratulating his fourth consecutive PGA first-timer.

If it is going to happen again, here are the top five (or six) most likely players:

Wouldn’t this be something? In 2011, Cantlay was the next big thing on Tour. He finished T21 as an amateur at the U.S. Open, and then shot a second-round 60 the very next week in Hartford at the Travelers Championship.

Cantlay turned pro in 2012 as a 20-year-old, and he was hyped as the possible future of American golf.

The next five years, however, were disastrous, as injury and personal tragedy completely derailed his elite trajectory. His start at this year’s AT&T Pebble Beach Pro-Am marked his first competitive tournament since 2014, and while Cantlay has only played in six 2017 tournaments, the returns have been incredibly encouraging.

Making the cut in all six events, he was the runner-up at the Valspar Championship, just his second tournament since a nearly three-year Tour absence. He also finished T3 at the RBC Heritage, and in his most recent start, he managed a very respectable T22 at THE PLAYERS Championship, which is even better when taking into account that he shot a 77 in one of those rounds.

In a tournament that historically has so many great stories, a Cantlay victory might trump them all.

After a long drought without a native-Canadian winner on Tour, it has happened twice this season, with MacKenzie Hughes taking the RSM Classic, and Adam Hadwin winning the Valspar Championship.

If Canada is going to have a third golfer capture a title on the season, Graham DeLaet, a 35-year-old from Saskatchewan is almost definitely the best bet.

In two appearances at the Memorial, DeLaet has a T21 and a T26, showing at least some level of comfort with the course.

An, a 25-year-old from South Korea, looks very close to standing in the winner’s circle and could very well be the next breakthrough Memorial winner.

At No. 56 in the OWGR, An has already broken his personal season record for earnings ($1.01 million). He has made 13 cuts in 14 events this season, with three top 10s. Two of those top 10s have occurred in his last two Tour starts: a T8 at the Wells Fargo Championship and a T5 at the AT&T Byron Nelson, where he broke 70 in all four rounds.

This will be just An’s second Memorial appearance, but he played very well last year in his first attempt, posting four consecutive under-par rounds in a T11 effort.

Ranked 31st in the world, Fleetwood has been successful as a regular on the European Tour winning twice and currently ranking second in the Race To Dubai standings.

The 26-year-old Fleetwood has only played 17 PGA Tour events in his career, but he looks close to winning. He was runner-up to Dustin Johnson at the WGC-Mexico, and at the Arnold Palmer Invitational, he bounced back from a first round 78 and somehow finished inside the top 10.

At No. 28 in the world, Cabrera-Bello is the highest ranked player in the field without a PGA Tour victory. That ranking shot way up in 2016 as Cabrera-Bello had top-5 finishes at the WGC-Match Play, the Shell Houston Open, and the Wyndham Championship.

He was even better on the world stage as he finished fifth at The Olympic Games, and was one of Europe’s best players at the Ryder Cup, scoring 2.5 points. The Spaniard was the only undefeated player on the European side.

In his most recently start, he finished T4 at THE PLAYERS, exploding onto the leaderboard with a double-eagle, birdie, par finish. Last year was his first start at The Memorial. Cabrera-Bello finished T52 after posting 3-under in round one.

At 36-years-old, Fisher is the oldest player on this list, but he looked the closest to notching PGA win #1. The world No. 43 has seen a resurgence in his game since seemingly disappearing off the face of the golf world, with six top-10 finishes between the PGA and European Tours.

On the PGA side, he finished in the top 6 of all three WGC events he entered, with a T3 at the WGC-Mexico, T5 at the WGC-Match Play, and a T6 at the WGC-HSBC Champions.

On the European side, he has top 10s in his last three starts. This will be his first Memorial start.