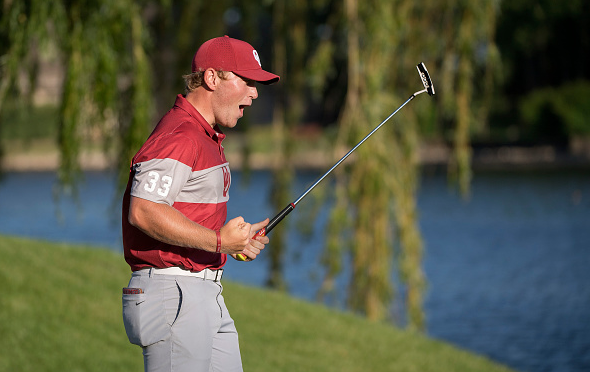 NCAA team match-play has concluded for 2017, and this year’s winner comes out of the Big 12.

It is Oklahoma’s first title since 1989.

We've got quite the carry-on. ?? #OUrtime

“This is just so special. I’m so happy for our guys. I told my wife before we got here that I just hoped these guys had an opportunity to shine, because I knew there was an opportunity for these guys to get it done.”
–Ryan Hybl, Oklahoma golf coach

No. 1 Vanderbilt Shocked By Oregon in NCAA Semi-Finals