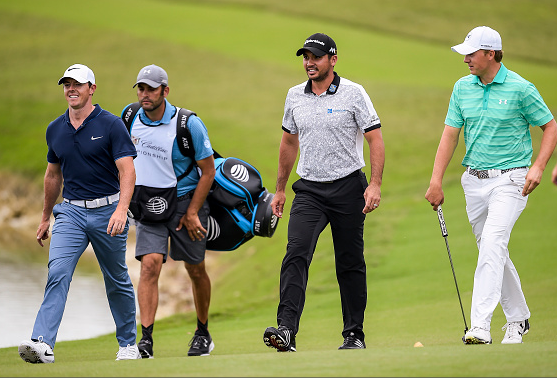 Coming into the 2016 season Jason Day, Jordan Spieth, and Rory Mcilroy, labeled golf’s Big Three, had combined to take home five of the last seven majors, and the only direction for them to go was up.

But 2016 hasn’t been kind to the trio at the majors, as none of them have even sniffed a victory besides Spieth (which he’d like to forget).

And on top of that, they’re now known as the Big 4 – thanks to Dustin Johnson’s red hot streak.

But that doesn’t mean their seasons have been completely lost.

Here’s a look at how each has performed in their last six events.

Day has a win in his last six starts, but has been a little up and down as of late. The world number one only has one finish outside the top 25, but by Day’s standards, it could be better.

Spieth also has a win in his past six starts, back in late May at the Dean & Deluca. But recently, besides a tie for third in Akron at the WGC, Spieth’s results have been extremely disappointing.

Victories on the PGA Tour have been eluding Mcilroy lately, although he did win the Rory McIlroy Foundation’s Irish Open on the Euro Tour. Besides a missed cut at Oakmont, he’s been knocking on the door with four Top 10s in his last six tour events. It’s hard not to think Rory is due for his first PGA Tour win since May of 2015 (at the Wells Fargo).

Will one of the three be able to put an exclamation point on the 2016 majors and grab a win at the PGA Championship this week?