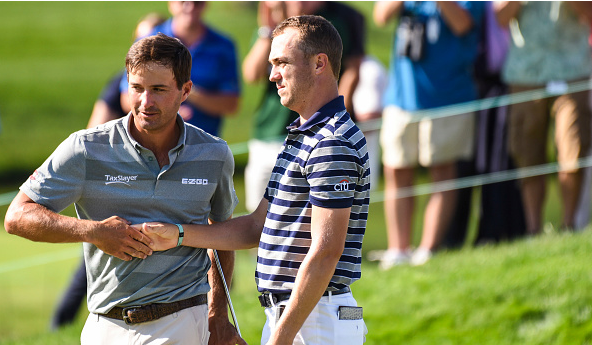 Before the big dance of the College Football National Championship Monday night in Atlanta, Justin Thomas and Kevin Kisner decided to raise the stakes with a friendly wager on the game. 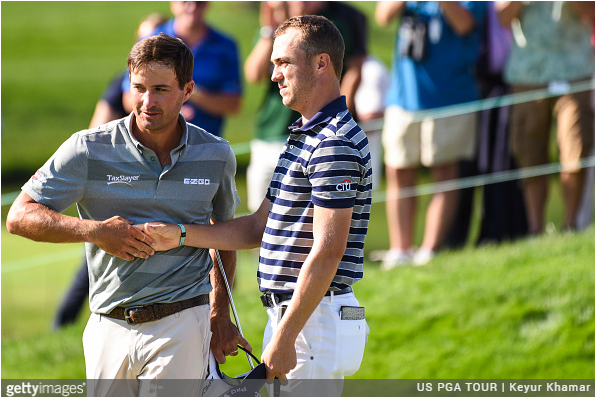 The bet called for the loser to wear the winning team’s jersey, along with the winning golfer’s name on the back.

Hey @K_Kisner.. we have a pretty big game coming up on Monday. What you say we put a little wager on this? #RTR pic.twitter.com/7SzVJcowwz

As the craziness of the game unraveled, Thomas saw his Crimson Tide come out on top in overtime, leaving the reigning PGA Champion speechless, and his SEC rival, Kisner, blaming the refs for blowing a 20-7 lead.

Absolutely speechless. Coach Saban is a legend! Can’t get over how crazy of a game that was. What a W for @AlabamaFTBL! #dynasty

An Alabama National Championship topped off an unforgettable year for Thomas, who looks to defend his Sony Open title this weekend.

More importantly, be on the lookout for Kisner in Hawaii where he will be donning the dreaded Crimson Tide jersey emblazoned with ‘Thomas’ across the back.