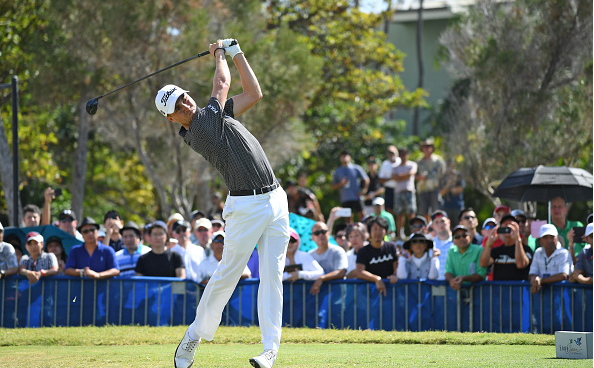 The first tournament of the new calendar year, the Sentry Tournament of Champions, was an exclusive event held at Kapalua in Hawaii, open only to the 34 players who won a 2017 PGA event.

It turned into a one-man show as World No. 1 Dustin Johnson obliterated his dejected competition by eight strokes. Now, the rest of the PGA Tour gets a turn in Hawaii, as the Sony Open welcomes 144 of the world’s best to picturesque Waialae Country Club in Honolulu for an event that has been held since 1965.

Jordan Spieth and Justin Thomas headline a motivated field at Waialae, playing a course that in recent years has brought out some of the lowest scores on Tour. Expect to see a lot of aggressive play and pin hunting.

To call Justin Thomas’ 2017 Sony Open victory dominant would be an enormous understatement. Thomas’ eye-popping 253 set the all-time scoring record, not just for the event, but for all events in PGA Tour history. 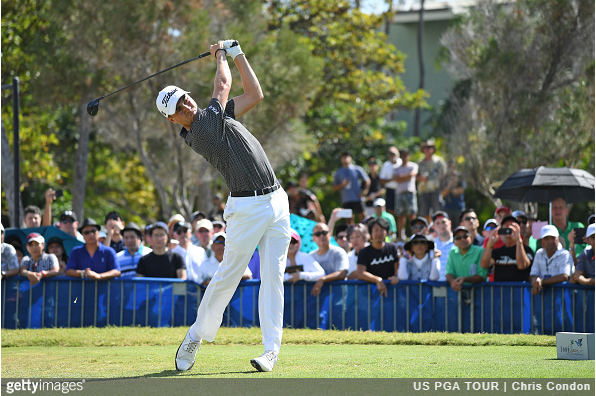 He opened the tournament by becoming the 8th player in Tour history to shoot a 59, and he slowed down little from there, finishing with rounds of 64, 65, 65 to reach 27-under-par: a seven-stroke romp over recent gold medal winner Justin Rose.

It was Thomas’ second straight week in the winner’s circle, as he also took the previous week’s Tournament of Champions, meaning a clean sweep of the Hawaii swing.

Thomas’ profile has prodigiously increased since then. Most notably, he is now a major champion, having come out on top at the last PGA Championship, the biggest highlight of a season that included five victories, a FedExCup Championship, and a 2017 PGA Tour Player of the Year award. He now sits 4th in the current Official World Golf Rankings.

This will already be the third tournament of the new season where Thomas is the defending champion. Surprisingly, he was largely overwhelming in the first two title defenses, finishing T17 at the CIMB Classic in October, and posting T22 at last week’s Sentry Tournament of Champions.

On the positive, he won the week after the CIMB, taking the first ever CJ Cup @ Nine Bridges, and despite not making an appearance on the Kapalua leaderboard, he did close with an impressive 6-under 67. He will be relying heavily on that momentum this week as he vies for his second win of the young season.

Justin Thomas may be the defending champion and the most recent major championship winner in the field, but he is not the highest ranked player at Waialae this week. That honor goes to World No. 2 Jordan Spieth. 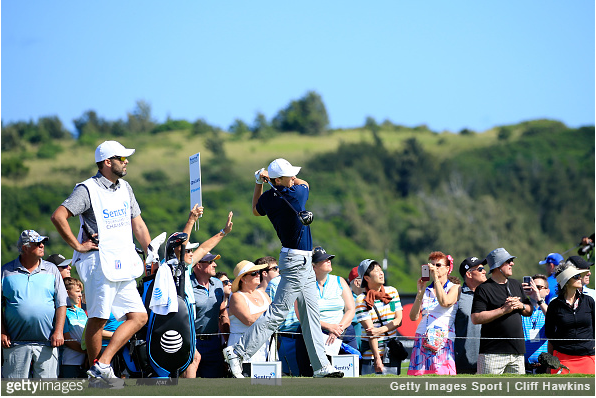 Like Thomas, Spieth is coming off a mildly disappointing performance at Kapalua. An opening round 75 proved too much to overcome, as Spieth finished in solo-ninth in the 34-man field, 12 strokes behind winner Dustin Johnson in a tournament Spieth had finished in the top three of in the previous three editions (including a win in 2016).

Spieth’s putting, usually an enormous strength of his, was dismal on Kapalua’s large, slow greens.

The 24-year-old three-time major champion will be eager to show that last week’s putting performance was a fluke, at a tournament he finished T3 at last year, largely off the strength of a final round 7-under 63.

In the 53-year history of the Sony Open, five players have won multiple titles (two a piece): Hubert Green, Corey Pavin, Lanny Wadkins, Ernie Els, and, the only two-time winner in the 2018 field, Jimmy Walker. 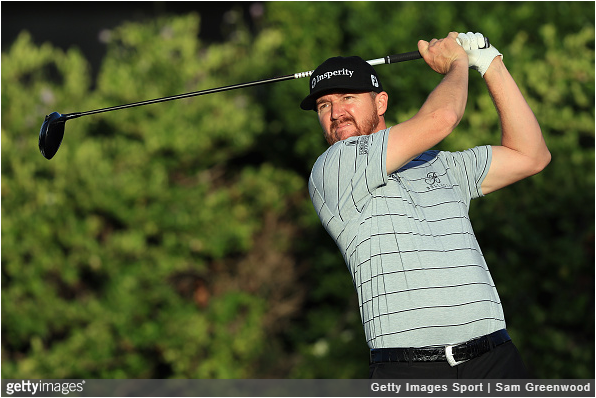 Walker took back-to-back Sony Opens in 2014 and 2015, with the latter being a record nine-stroke demolition.

The now 38-year-old Walker has six career titles and hit a career apex when he won the 2016 PGA Championship at Baltusrol. It was the perfect ending of a tremendous season, and Walker approached the 2017 season brimming with confidence, a new major winner in the prime of his career.

Unfortunately for Walker, 2017 was a struggle. The Oklahoma City native notched just one top 10, a T9 at the 32-man SBS Tournament of Champions.

After earning more than $4 million in each of the 2014, 2015, and 2016 seasons, Walker netted just $1.1 million and finished outside the top 100 of the FedExCup standings. Clarity was brought to Walker’s surprising struggles when it was revealed that he contracted Lyme Disease, a rare ailment in his part of the country.

Currently, Walker is still battling the lethargy-inducing disease, but he is being treated and seems optimistic that his game will come back soon. He missed the cut last year at Waialae, but his past success makes him among those to watch this year.

The Sony Open traditionally invites a large number of Asian players into its field, and this year is no exception, as a talented group from across the Pacific is hoping to become the first native-Asian winner of the tournament since KJ Choi took the 2008 title.

Three events winners in all have hailed from Asia. The following are a few of the more interesting names: 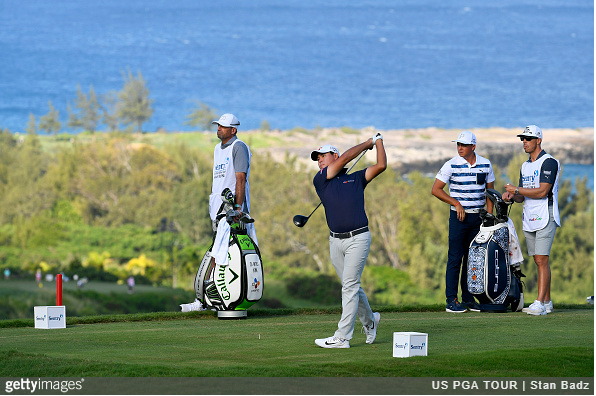 Just 22 years old, South Korea’s Si Woo Kim received a significant Tour exemption when he became the surprise winner of the 2017 PLAYERS Championship. Kim’s talent had been recognized when he finished his rookie 2016 strongly, but the victory at TPC Sawgrass was shocking given how awful he played over the rest of 2017, making fewer than half his cuts and managing only one other top 10, a T10 at the CIMB Classic. However, Kim’s 2018 has gotten off to a good start with two top 10s in his last three events, including a solo-third at the OHL Classic at Mayakoba. 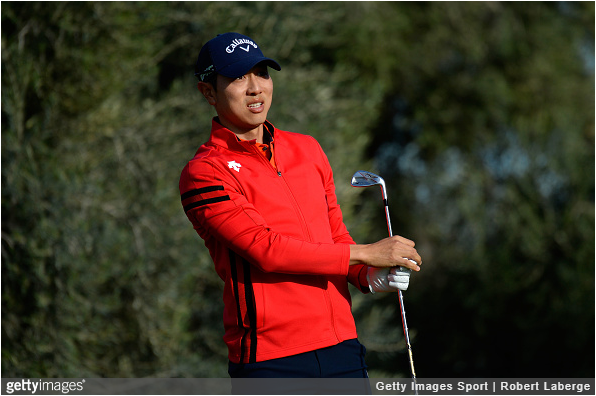 Another South Korean, the 31-year-old Sangmoon Bae is a two-time PGA tournament winner, who is attempting to shake the rust off after missing the 2016 and 2017 seasons when he was serving a mandatory two-year stint in the South Korean military. In four events since his return, Bae has three missed cuts and a T61. 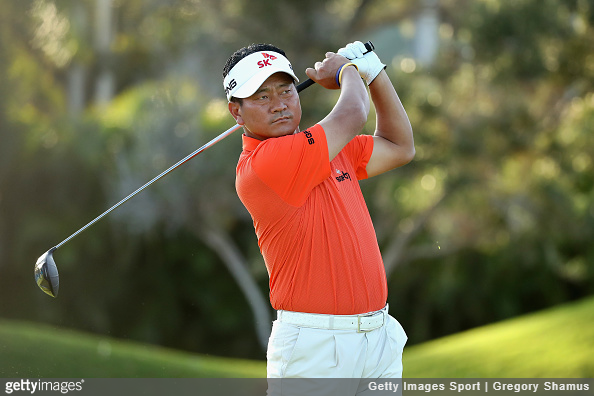 The 2008 Sony Open Champion is still a popular player in his native South Korea, but at 47 years of age, Choi is well on the downswing of his career. His 2017 season produced no top 10s and just three top 25s in 25 events. 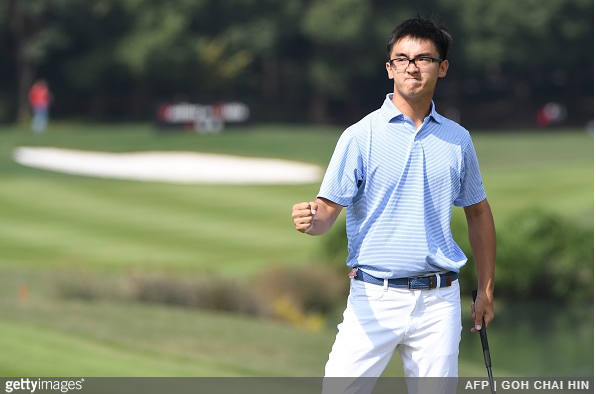 Just 20 years old, ‘Marty’ Dou may be China’s best chance for golf relevancy. Dou made headlines when he won the Web.com Tour’s Digital Ally Open in July, a tournament better known for Stephen Curry’s inclusion in the field. Unfortunately, Dou has not been able to find his footing on the PGA Tour, as a T69 at the no-cut WGC-HSBC Champions is his only made cut in five events this season. 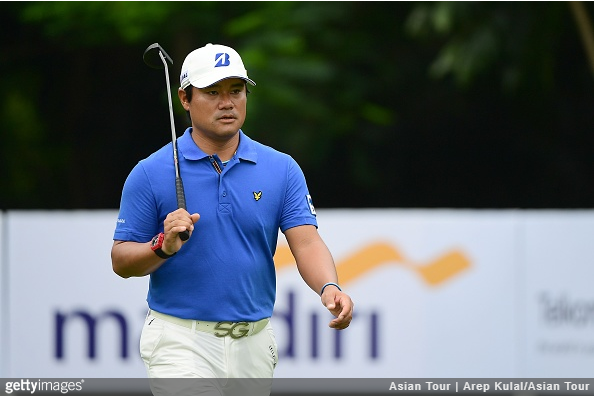 Known better as the brother of former LPGA World No. 1 Ai Miyazato, the 37-year-old has had very little exposure to the PGA Tour, but after a four-win 2017 in Japan, Miyazato ranks an impressive No. 50 in the world rankings.