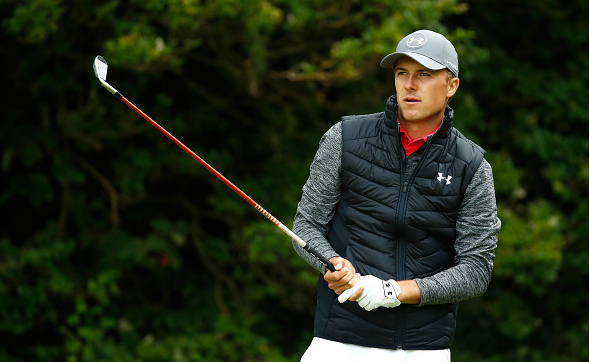 The field was bracing for the worst at Royal Birkdale in Southport, England. The last time the Open Championship was held here, the best final score was three-strokes over par. In fact, only four players in the entire 156-man field of the world’s best golfers were even able to finish single-digits over par.

Knowing how difficult this course plays when the wind gets whipping, combined with a largely discouraging weather report, many were worried it would be more of the same. Anxiety did not get any better when the first shot of the tournament, a drive on the first hole from 1998 Open Champion at Royal Birkdale Mark O’Meara, went careening out of bounds. He would end up with a quadruple-bogey on the hole. There was then a sense in the field that it could be another one of THOSE Open days.

Then, something happened. Perhaps conserving energy for a weekend weather bloodbath, Mother Nature backed off. The sun came out, the wind settled down, and many of the players, shocked by their good fortune, were able to take advantage.

In 2008, the last Open at Birkdale, just three players, Robert Allenby, Graeme McDowell, and Rocco Mediate were able to finish the first round under par, and for all three it was just one-stroke under.

At the end of today’s first round, a trio again tied for the lead, but instead of 1-under, they were 5-under, among a field where an astonishing 39 players were under par.

Not everyone is leaving day one happy; recent Open Champions Phil Mickelson (+3), Zach Johnson (+4), Darren Clarke (+5), Stewart Cink (+7), and Louis Oosthuizen (+8) chief among them. But at least for one day, the course did not defeat the field.

One thing preached by expert analysts and former Open Champions coming into this tournament was the critical need to be straight off the tees.

“The round is very penal” and “this course really penalizes players who don’t hit fairways” were among the most popular talking points.

Well, Jordan Spieth hit five fairways in round one and still managed to post 5-under. That’s not to say that the experts were wrong, but it does showcase how impressive Spieth’s bogey-free 65 really was. He may have only hit five fairways, but is iron game was formidable, as he hit 15 of 18 greens.

Despite his recent U.S. Open victory, Brooks Koepka was not talked about much coming into the week, mostly because he had not played since Erin Hills.

Koepka showed with his play why he shouldn’t have been doubted, carding four birdies and an eagle. Matt Kuchar was even more under-the-radar than Koepka, and was even louder coming out the gate.

Kuchar had an unbelievable 5-under 29 on the front nine before parring his way home on the back to get to 65.

If typical Open Championship weather is still on the way, and it is expected to be, these three will be especially relieved that they gave themselves such a big cushion. Spieth surmised after his round that 5-under could even be the winning score.

Going into this week, many were high on the English contingency in front of their home crowd, with Tommy Fleetwood, Paul Casey, and Justin Rose being especially favored.

At least after 18 holes, Ian Poulter, and to a greater extent, Richard Bland proved that they should have been in that conversation too, both shooting a 3-under 67. Poulter, who in recent years has looked little like the Poulter from 2009-2012 had four birdies to just one bogey at the championship he had to qualify for via sectionals.

Bland is little-known, in fact he’s not even the first Wikipedia page that comes up on Google, but the 44-year-old who has never played this tournament before showed a veteran level of comfort, keeping steady at par through 15 holes and then finishing birdie-birdie-birdie.

Speaking of Wikipedia pages, one of the others tied at -3 with Poulter and Bland doesn’t even have one. Canadian product Austin Connelly, had six birdies on the day for his 67. Canada hasn’t had an especially big major threat since Mike Weir’s prime, but the 20-year-old who plays on the MacKenzie Tour is making a strong case in just his first career major start. The 2012 Open Champion, Ernie Els, has just one top 50 on the PGA Tour this year – a T35 at the AT&T Byron Nelson, but he looked like vintage Ernie in round one, playing efficiently in a 2-under 68 finish.

Not What We Expected

Tommy Fleetwood is not just an Englishman, he is from Southport. It was expected to be an enormous advantage for a man who contended at the U.S. Open last month and has top-10s in his four most recent starts, including a win at the French Open, but Fleetwood appeared to have surprisingly little familiarity at Royal Birkdale in his first PGA round there.

Fleetwood hit 7 of 14 fairways, two more than co-leader Jordan Spieth, but is a full 11 strokes behind Spieth after 18 holes. Fleetwood did not have a single birdie in his round.

The only man among the favorites to score worse was 2010 landslide champion Louis Oosthuizen. Most of his damage was done during a three hole stretch on the back nine where he went double-bogey, bogey, triple-bogey. The 34-year-old South African, who was also runner-up at the 2015 Open, finished with an incredibly disappointing 8-over 78.

The winner of the most recent Open at Royal Birkdale (2008), Padraig Harrington, was a popular sleeper pick coming into this tournament, but did not look prepared to repeat. Harrington had no birdies in his 3-over par round.

Back From the Depths

One of the biggest stories coming into the Open Championship was the status of world No. 4, and 2014 Open Champion, Rory McIlroy.

Rory was a disaster at the U.S. Open, and missed his last two cuts in Europe. It was looking like more of the same for the four-time major winner when he bogeyed five of his first six holes. He was 5-over at the turn, but amazingly, got some momentum going on the back, carding birdies on #11, #15, #17, and #18 to post a respectable round of 1-over 71, which ties him with two other favorites, Dustin Johnson and Rickie Fowler.

“So really good start. Everything was strong. I thought I give it a nine across the board for everything – tee balls, ball-striking, short game and putting. So things are in check. It’s just about keeping it consistent. “
-First round co-leader Jordan Spieth