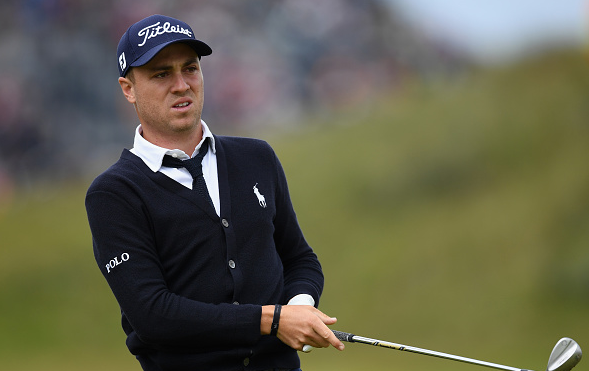 The first round of the 146th Open is in the books, and three members of the winning U.S. Ryder Cup sit tied atop the leaderboard at Royal Birkdale: Jordan Spieth, Brooks Koepka and Matt Kuchar. The American trio is at 5-under.

Englishman Paul Casey is one back at 4-under 66, as is South African Charl Schwartzel.

Before we head into a wet and windy round two, let’s take a look at some of the best and worst from the opening round of the 2017 Open Championship.

Jordan Spieth and Matt Kuchar (5-under 65): Yes, I know, Koepka was also at 5-under. But Spieth and Kuchar went bogey free while Koepka made a bogey on 16 then holed out for eagle on 17. Great round, but not consistent like his fellow co-leaders.

Louis Oosthuizen (8-over 78): Ceremonial players like David Duval and Mark O’Meara don’t count here. Louis was a legit favorite coming into Birkdale, and he totally bottomed out – lowlighted by a three hole stretch (12-14) where he went 6-over (double-bogey, bogey, triple-bogey).

Southport native Tommy Fleetwood was the sexy pick among so called experts entering Birkdale. A 6-over 76 must be hugely disappointing for the Englishman.

Justin Thomas wore a tie and a cardigan sweater in the opening round and proceeded to shoot a 3-under 67. Sharp all around.

Rory McIlory was 5-over after six holes and it looked like the wikipedia screen grabber was going to miss his third straight cut. But after reportedly being told by his caddy that he’s “Rory McIlroy,” the reigning FedEx Cup champ went 4-under on the back-nine to finish at 1-over, six shots back.

Jason Day’s game is in the tank, and so are his outfits. The former world No. 1 wore a super tight top, even-tighter pants, and goofy high top sneakers. He shot 1-under 69.

Richard Bland and Austin Connelly are tied for 6th at 3-under, alongside Justin Thomas, Ian Poulter, Charley Hoffman, and Rafael Cabrera Bello. Does anyone know who Bland and Connelly are?

Eighteen players in the field shot an opening round even-par 70.

Charley Hoffman holed out for eagle on his approach shot on the par-4 first hole.

Final Scores, Round One