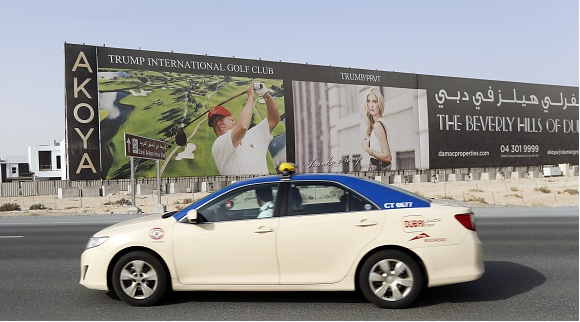 The decorative clock bearing the name of America’s incoming 45th president has yet to start at the Trump International Golf Club in Dubai, but the developers behind the project already are counting the money they’ve made.

The 18-hole course is likely to be the first Trump-connected property to open after his Jan. 20 inauguration as president, joining his organization’s projects stretching from Bali to Panama. It also encapsulates the host of worries of possible conflicts of interest circulating around a president who is very different from America’s past leaders. While the Oval Office has always been home to the wealthy, Donald Trump represents the first franchise president.

1. Foreign Governments Could Pressure or Influence a President Trump

AP’s Jon Gambrell quoted Robert Gordon, a legal historian at Stanford University: “He has so many properties that his business interests become an obvious target for both bribes and threats. The dangers really come in two directions: One is that foreign powers will try to use Trump’s interests as a way of bribing him into public policies in a way that are friendly to them or use them put pressure on him.”

Gambrell wrote, “With Trump set to be sworn in as president, security analysts have suggested properties bearing his name could be targets. His campaign pledge calling for a “total and complete shutdown” of Muslims entering the U.S., followed by his proposal to conduct “extreme vetting” of immigrants, also sparked regional anger. The Trump logos on the golf course even came down for a short time. Still, the United Arab Emirates, a staunch U.S. ally in the war against the Islamic State group and host to some 5,000 American military personnel, remains a peaceful corner of the Middle East.”

About The Trump Golf Clubs in Dubai

ICYMI: Tiger (who is designing a Trump Golf Course in Dubai) Plays With President-Elect Trumphttps://t.co/1YNI25ag8j pic.twitter.com/lgvOsWQa2n