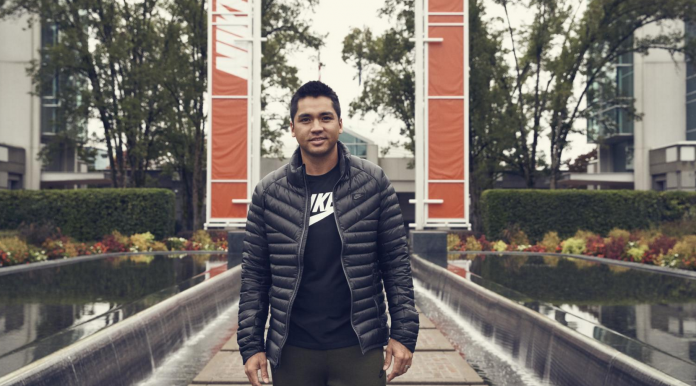 Jason Day, the world’s #1 ranked golfer, sat down with the media for his first presser since his back injury at the Tour Championship at East Lake.

The main topic of Day’s presser at Kapalua involved his health and how he’s going to manage it heading into the 2017 year. The world’s best golfer also discussed his determination to remain #1 and his new deal with Nike.

Here’s the best 13 takes/quotes from the press conference.

“I picked up a club twice in those three months and I worked hard on my rehab, especially the back.”

“Obviously it’s bee plaguing me through my career with regards to having too many withdrawals. But I’m doing everything I possibly can.”

“I feel pretty good… I feel fit, and I’m looking forward to a good, solid year.”

“If you have a lot more turn, a lot more speed and then unwinding, it’s a lot more balance through the ball, and that can obviously wreak havoc on your back, as well.”

5. Not Worried About Distance

“I think I’ve got enough distance right now to be able to get away with it. I’ve just got to keep staying on top of it.”

“It’s very, very difficult for me to shorten it right now, because just every time I turn, the hands, they want to keep it going and going and going.”

“If these guys play well, like Dustin plays well this week and wins, and I don’t know what the projections are, if he takes over or not, but I can’t let that happen. I don’t want that to happen. So I’ve got to make sure that I try and stay on top of it and stay ahead, and do as much as I possibly can before the event, and obviously going into it, executing.”

“Obviously it’s great to see that you finished No. 1 at the end of the year. But I’d like to go a full year, not just go half a year and get to it and finish at No. 1… Obviously the goals are to win majors and win as much as I can, but win majors and try and stay No. 1 for the whole year.”

9. On European Star No Shows

“Rory and Henrik; Europe is a long trip. The European guys are different to the guys that play on the PGA TOUR. They have to play both schedules. They have to play across the pond and then obviously come back over here and play in the States, as well, and not only play 13 events over there, but I think you have to play 15 events here. There’s a lot of travel for these guys and a lot of events. The Race to Dubai finishes pretty late in the season for those guys, so they don’t really get a break.”

“I love it here because it gets me, away from Columbus, Ohio where it’s cold and snowy there. There’s nothing wrong with Columbus, but I just (laughter).. But just the people are great here. It’s just such a wonderful — it’s wonderful scenery obviously, but it’s a destination that people come to to have a vacation. And we’re playing tournament golf, but it feels like a vacation at the same time. And I just love bringing my family here. I play full-time on the PGA TOUR, so I’m ready to go. Like I said, if I could guarantee a spot here every single year, I’d come back every single year. I love it here.”

11. On Not Winning In Seven Months

“Not until you just said it. Yeah, it’s a little bit long… So I won in 2014, and the last time I won was in 2010. So I’ve gone through longer droughts than seven months (laughter). I remember it was last — it was actually last year, I didn’t win in the first couple of events and everyone was asking, what’s going on. I’m like, I’d like to win every event, but I just can’t. Unless I’m just playing in a one-guy event (laughter).”

12. On Leaving Adidas For Nike

“It’s probably a little bit of a different look. It’s a massive difference. A lot of people probably haven’t got used to the site of me actually wearing the Swoosh and being able to wear Nike stuff. When I first started my career, I went and saw TaylorMade-Adidas, went and saw Nike, as well, and ended up playing TaylorMade-Adidas. So I’m very thankful for the last ten, 11 years with what Adidas has given me.

13. Excited About Future With Nike

“This chapter of my life, this is an exciting time because I’m able to, I feel like I’m coming into my peak of my career and I’m able to play some of the best golf and also wear the best brand in golf sporting apparel-wise, and I’m looking forward to the future of that. We’ll see how it goes.”