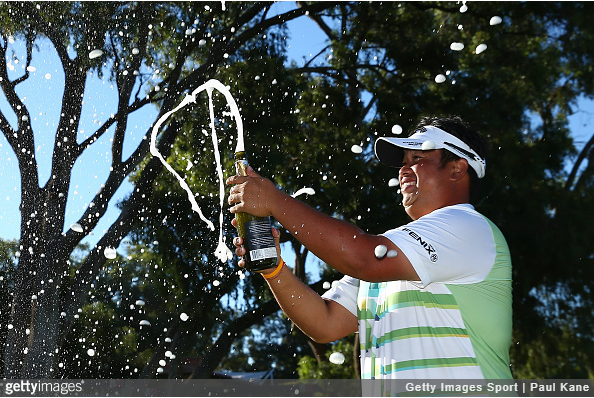 And it wasn’t an easy ride for the Thai, either, as he finished T24 after 54 holes of stroke play, and was forced into a four-hole playoff late on Saturday to claim the last of the 24 match play spots.

Without a first-round (top 8), he then had to get through five six-hole matches on Sunday to secure win No. 4.

“It’s just been an awesome week. I don’t know how to explain but I’m so happy,” said the gregarious Aphibarnrat, who will move back into the World Top 50 on Monday. 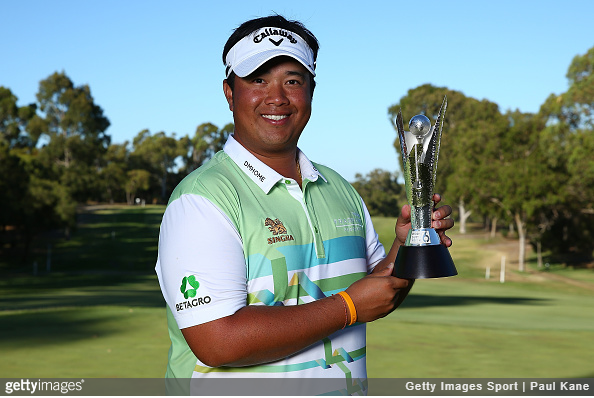 “I’m working so hard. The last few months I’ve been getting really close and finally I’ve done it. It means a lot. When you focus on something, you try this hard, then I kept finishing second and then I’m not giving up.

“I’m trying so hard until I get it. It’s really tough to get in the last 24. It’s been tough every single match that I play in.

“James is playing so good but he’s just unlucky at the end.”

THE PATH TO WIN

Aphibarnrat with a left-to-right breaker that finds the edge of the cup for the win!

“It’s just been an awesome week. I don’t know how to explain but I’m so happy.”
– Kiradech Aphibarnrat

5 Asian Players To Watch at the CIMB Classic

Mashup: Wrapping Up The Weekend