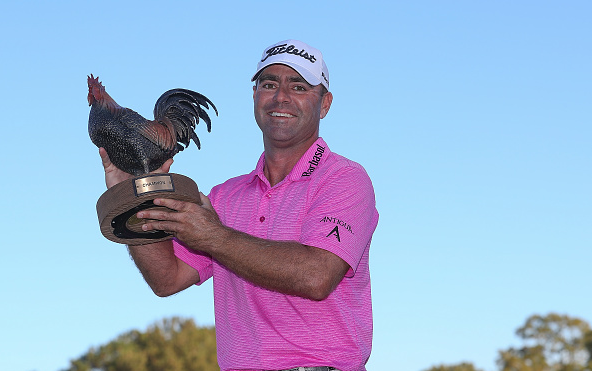 Ryan Armour posted a 4-under par 68 on Sunday, finishing off a wire to wire lead, to capture his first career PGA Tour title at the Sanderson Farms Championship. 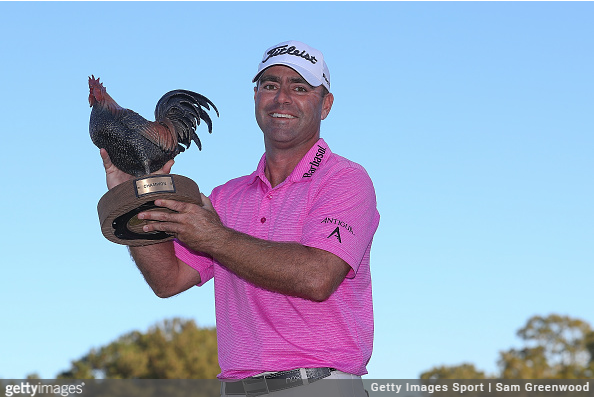 The 41-year-old Buckeye got off to another nice start at the Country Club of Jackson with birdies on 3, 4 and 7 to end any idea that the journeyman would falter under the spotlight.

“It’s job security for a few years, which I’ve never really had out here,” said Armour. “It’s validation that you don’t have to hit it 330 in the air to still win golf tournaments.”

Armour would go 1-under over his final 11 holes, with three more birdies against a pair of bogeys, to finish at 19-under 269.

“I think the combination of what I had going on, the fairways, the greens, and holing putts, was the best it’s ever been,” continued Armour.

Chesson Hadley also posted a 68 to finish alone in second at 14-under 274. The 30-year old never really threatened Armour, but a birdie-eagle stretch on hole Nos. 13 and 14 added some late drama.

Native son Jonathan Randolph rode a front-nine 29 to a final-round 67 and a 12 under finish – good for solo third.

“It was really special. If there was one tournament I could pick to do this on, this would definitely be it, Randolph said. “I’ve been saying that I had a good run coming in the fall, and just to prove it to myself and do it in front of all the friends and family and everybody out here that’s been believing in me for so long, it felt great.”

In his first-ever PGA Tour start, Steve Strohmeyer (71) finished T4 at 10 under.

By virtue of the Top 10 finish, Strohmeyer moves on to next week’s Shriner’s event in Vegas. The unaffiliated pro, who got into the Sanderson field at a Monday qualifier, was a college roommate and teammate of Justin Thomas at Alabama.

“Just excited to have another tournament to play in. After missing at first stage I didn’t know if I was going to be playing the rest of the year,” said an excited Strohmeyer. “Each event I can get in is going to be great. Just trying to get as many points, money, however all that works out, to get some PGA Tour status.”

Smylie Kaufman, another friend of Thomas, holed a 32-footer for birdie on the 18th to move up to T4, alongside Strohmeyer and Brian Stuard (70).

A bogey-free 6-under 66, the day’s low round, moved Ricky Barnes into the logjam of players tied for 10th at 8 under.

“The birdie on 14 was a big birdie, because I knew Chesson wasn’t going to make eagle. So making that birdie is huge. I really didn’t think I had it won until I buried that on 17. You can have a two-shot swing so easily out here. When I buried that on 17, I knew I had won.”