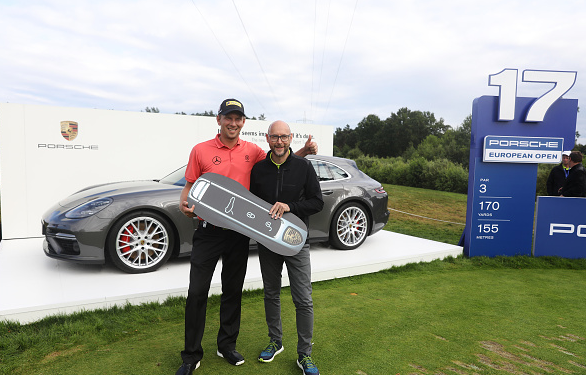 Wrapping up another action-packed weekend in golf, let’s look back at the top shots and performances from this week’s tournaments.

On the PGA Tour

The first shot comes to us courtesy of Andres Gonzales at the RBC Canadian Open. Gonzales holed-out from 140 yards at the par-4 5th hole. His eagle capped off a 4-under font nine of 31 and would lead to his best finish on the PGA Tour this year at T10.

On the Senior European Tour

On the Senior European Tour, David McKenzie provided the best shot of the week with his hole-in-one at the eighth hole at Royal Porthcawl. McKenzie’s ace came in the final round of the Senior Open Championship in Wales, where he finished T9.

On the LPGA Tour

This week’s best performance belongs to LPGA’s Mi Hyang Lee. The 24-year-old South Korean staged the largest comeback of the season to win the Aberdeen Asset Management Ladies Scottish Open. Lee shot a final round 66, to erase a 6-shot deficit, and beat Karrie Webb by one stroke.

The comeback kid! Watch highlights from @hyang2golf's final round of 66 to win the @AberdeenLSO! pic.twitter.com/EqhD653mfZ

On the European Tour

Finally, the best shot I saw this week came from the Porsche European Open. Recently featured in our top tee markers on tour, the Porsche European Open also distinguishes itself with the chance to win a Porsche on the par-3 17th. After a rugged third round, Marcel Siem turned the tides when he reached the 17th by chucking an absolute dart for an ace. Siem’s hole-in-one earned him the $220,000 Porsche Panamera Sport Turismo featured in the background. It was only fitting that the German golfer won the German sports car while playing in Hamburg, Germany. Das German.

Greg Norman on LIV Golf: “We Will Not Be Stopped”