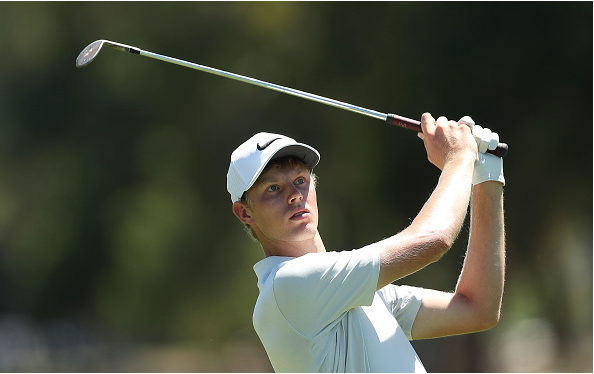 Cameron Davis fired 8-under par 63 at The Australian and sits atop an all-Aussie leaderboard after the first round of the Emirates Australian Open.

The former Australian amateur star leveraged his course knowledge – where he won the 2015 Australian Amateur title – to the day’s low round, highlighted by six birdies over a seven-hole stretch on his inward nine. 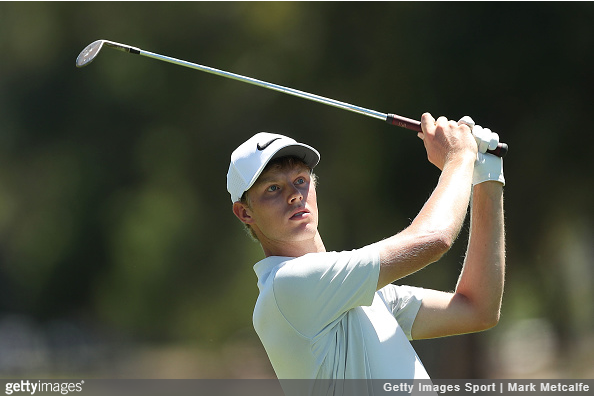 “I knew the golf course well, I didn’t have to think too hard around my practice round, so I felt like I had a good chance this week,” said Davis.

“I played here like eight times in five days, so I got to know it pretty well. I saw some places I probably shouldn’t have, but yeah, it’s nice to play it that many times and be able to come back and see not too much has changed. It’s very familiar out here.”

One back is Taylor Macdonald, another young Australian, who posted a 6-under 65 to secure sole possession of second.

“It was great. I felt really comfy after playing a couple (Australian Open tournaments) in my life. The nerves weren’t there this morning and I was striking it well, I’m pumped,” said Macdonald.

A third Aussie, and the tournament co-star along with American Jordan Spieth, leads a group of three at T3.

Native son Jason Day had the crowds on their feet after each of his eight birdies en route to a 5-under 66.

“It was exciting to play. The crowds were terrific out there. Our whole group played well and it’s really nice to be able to kind of feed off each other,” said Day, who played with fellow PGA Tour Aussies Geoff Ogilvy (69) and Rod Pampling (68).

Tied for third with Day are another pair of Aussies: Nick Cullen and Alex Edge.

Defending champion Spieth combined a little rust with some sizzle on his way to a 1-under par 71, which included five bogeys offset by six birdies.

“I made, I think five bogeys today, which to shoot under par with that, that’s really good,” said Spieth, who cited a long layoff for some of his problems.

“This was actually the longest I’ve had in between tournaments since maybe college; even last year was a week less, so I was a little anxious to get started.

“I kind of had the nerves to begin and my short game was a bit rusty and then started to pick it up and played pretty well from there.”

The shot of the day is from New Zealander Brad Shilton who aced the par-3 11th hole.

“It’s been four years since I’ve been here, so I think I owe it to everyone that wants an autograph or wants a picture, to be able to stop and give it to them. They were very supportive of not only me, but the whole group, they’re great fans and to be able to hopefully make someone’s day is nice.”
– Jason Day