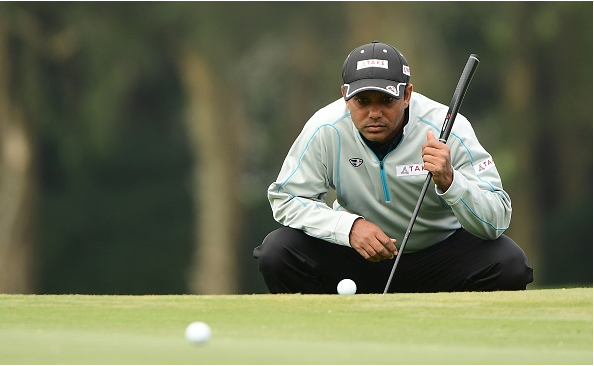 SSP Chawrasia fired a 5-under 65 in the opening round of the UBS Hong Kong Open and leads by one stroke.

Overcoming some brutal early morning winds at the Hong Kong Club, Chawrasia posted a terrific outward nine, turning at 4-under 32. A birdie on the par-5 third hole (his 12th) was offset by a bogey two holes later, but a birdie to close got the Indian star to 5 under and the first-round lead. 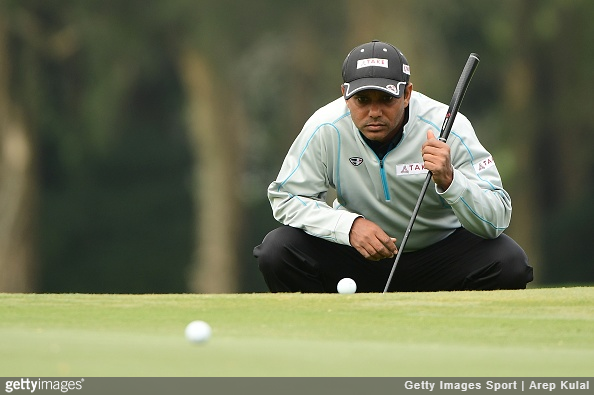 Chawrasia, who is the two-time reigning Hero Indian Open champion, was pleased with his low-round score, especially given the weather conditions.

“I’ve been playing many years here and I’ve not finished well. So it’s a good chance this year and hopefully I’ll finish good this year. I’ll try my best.”

One back is England’s Matthew Fitzpatrick, who continued his solid play in the Far East.

Following a bogey on his 10th hole of the day, which dropped him to 1 under, Fitzpatrick ripped off a hat trick of birdies to momentarily grab a share of the lead. A bogey-birdie finish had the 23-year old star sign for a 4-under 66, good for T2, alongside another Indian in Shubhankar Sharma.

“Good start, hopefully three more. I hit it great tee-to-green,” said Fitzpatrick. “I think I had seven or eight chances inside 15 feet and on a day like today when it’s so windy and such a tough golf course, with how tight it is, it was a good day.

“I’ve been playing nicely. Just trying to keep it ticking over this week and finish on a high for the year and then have some time off.”

Fitzpatrick’s compatriot, Jamie Donaldson, at one point appeared headed for the top of the board, but back to back bogeys down the stretch quickly ended that scenario. A late birdie got the Englishman back to 3-under 67, alongside a group of six other players at T4.

Another pair of Englishman – tournament favorites Tommy Fleetwood and Justin Rose, lead a group of eight players at 2 under. Reigning Masters champion, Sergio Garcia, is one back of Rose and Fleetwood at 1-under 69.

Sergio Garcia flubs a birdie chip on the par-3 8th hole, but then makes up for it with a hole-out par.

“It was an interesting round. I hit five birdies today, all of them were from like two feet, I stuffed it in there five times and didn’t really make putts of any distance. A shame to miss one at the last, I think I tried to play left center and it seemed to go a little left on me and I had too much speed and spun out. All in all a steady start, though.

“It was quite tricky out there. Predicting numbers, I don’t really know what the weather is going to do but I feel like just keep moving forward and there should be a chance on Sunday.”
–Justin Rose