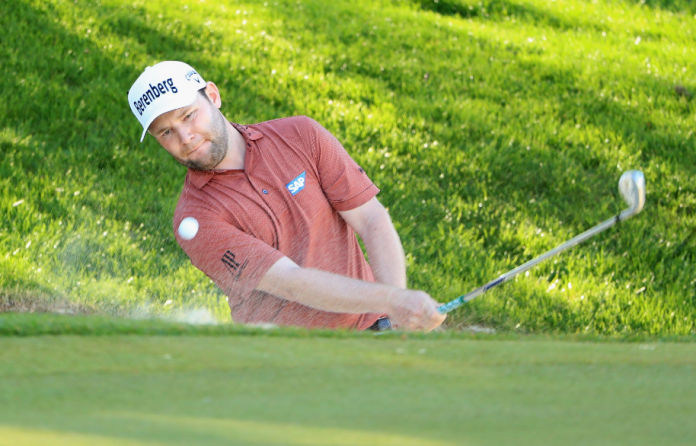 Former player, and current European Tour analyst, Paul McGinley had some harsh words at the BMW PGA Championship after Branden Grace was given a free drop when his feet hit the rubber lining of the bunker.

McGinley called the ruling “ridiculous” and inferred that Grace unfairly twisted his feet extra aggressively to reach the rubber lining.

It's another rule that needs to be modernised – a hazard is a hazard ?? https://t.co/mucBAT3eXK

The situation seemed to make Grace uneasy, but according to the 28-year-old South African, McGinley later reached out to him to say that the complaint was not personal, and the two have made up.

“I actually received a message from Paul this morning saying he’s got nothing against me at all. He didn’t criticize me for taking a drop, he just doesn’t agree with the ruling. That was nice to hear from him. That made looking over the situation a little bit easier.”
–Branden Grace