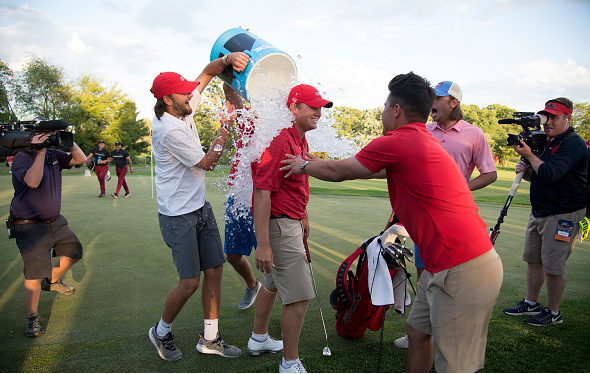 If Braden Thornberry becomes big-time in professional golf, most will remember that they first heard of him when he blitzed the field down the stretch to win the Men’s Individual NCAA Championship.

Thornberry, a sophomore at Ole Miss, shot a final round 1-under 71 in absolutely brutal conditions to reach -11 for the week and take the title by four strokes.

“In the practice round I hit the same shot and it was a little into the wind, so I knew driver was going to be perfect,” Thornberry said. “I just stepped up there and happened to hit a big one.”
–Thornberry, on his tee shot on the par-4 6th hole, which he went on to eagle.