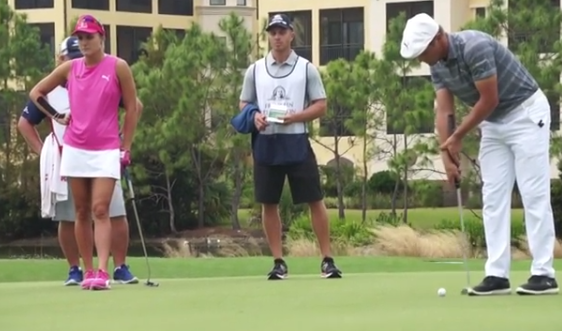 Yesterday we posted about the buzz around Bryson DeChambeau’s new side-saddle putting stroke. The rumors were that DeChambeau was simply practicing and would not be using it in this weekend’s Franklin Templeton Shootout.

Well, the rumors were wrong.

Playing with partner Lexi Thompson, and in a foursome with Justin Thomas and Smylie Kaufman, the young star used the stroke on the first hole – and made it!

Then a few holes later, on number 4, DeChambeau made a long bomb for another birdie.

Bryson DeChambeau is taking a page out of Sam Snead's book with his sidesaddle putting this week. #SharkShootout #SlamminSammy (Photo: James Drake/SI)