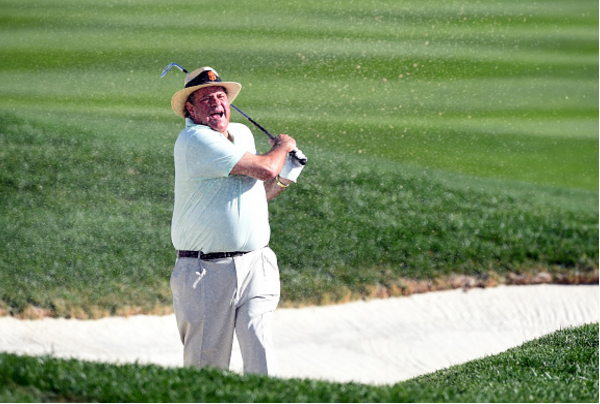 In this video from the PGA Tour, the longtime ESPN star is shown swinging in slo-mo and it’s about what you’d expect.

Well, Berman’s swing is different, but it’s not nearly as wild as Barkley’s.

Your swing has a little Charles Barkley in it. Where did you get your technique?
You know the deal Natural Golf [a single-plane theory], like a hockey swing? I tried that, and now after two knee surgeries in the late ’90s, that swing kind of married its Appalachian cousin and produced a mutant second cousin called Supernatural Golf. No one can hit a 7- and 5-wood lower than me. It’s good in wind and on hard ground. When Pebble is wet, I get screwed.

Finally, here’s a clip of Berman using his Supernatural swing at Pebble Beach. Pro Tip: Keep an eye on that wall and those big waves.

Yes. Amid a Pandemic, Golf Fans Must Pay to Watch (Much of) the PGA Championship