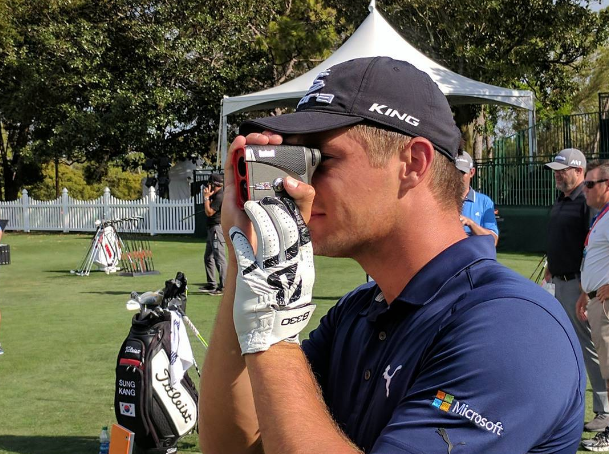 Pro golfers generally use social media to promote their causes and/or sponsors. They’ll throw in some goofy personal stuff now and again to break it up and make the marketing less invasive.

Young Bryson DeChambeau, however, hasn’t quite learned the art of perfecting this media mix, and is constantly pushing sponsor-related content. His latest post may have set a record for its phoniness.

In the photo, which was meant to plug Bushnell, the young tour pro is photographed from the left side in order to show off four other brands.

Thanks to @bushnellgolf for the new Pro X2 rangefinder! #precision

His detractors immediately noticed, and offered some (trolling) opinions, while some of his supporters offered encouragement. Such is social media.