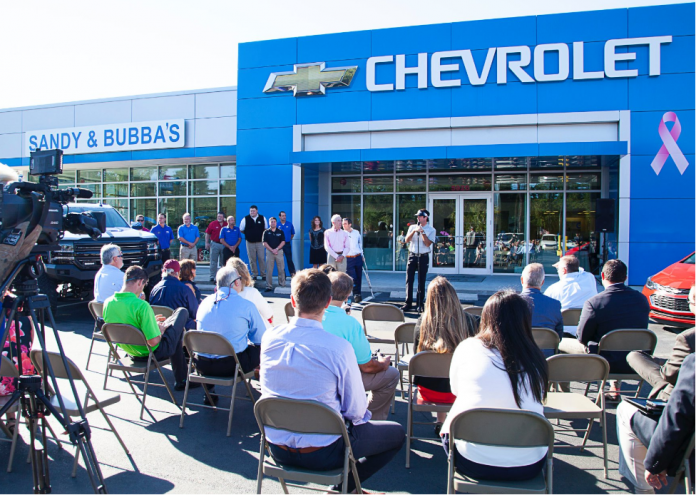 Made it official today! Excited to serve my hometown. #SandyandBubbas https://t.co/9MBqMrAHiC

The dealership is located in Milton (FL), in the Pensicola region of the Sunshine State, and right next door to Bubba’s hometown of Bagdad. Watson’s partner is Sandy Sansing, a successful Florida-based automobile dealer.

Sansing talked about his excitement in partnering up with the popular pro golfer, “We love the Watson family. We are just tickled to death to have Bubba with us.”

As many golf fans know Bubba has an affinity for vehicles. He reportedly has purchased 37 cars over the past 12 years. Including one souped-up Jeep.

This isn’t Watson’s first business venture. Recently he opened Bubba’s Sweet Shop in Pensacola, about 25 minutes from Milton. The shop, which sells ice cream, fudge and candy, is run by Bubba’s mother.

After a day at Pensacola beach, where better than @bubbawatson ice cream shop! pic.twitter.com/XbZoA7dDqR