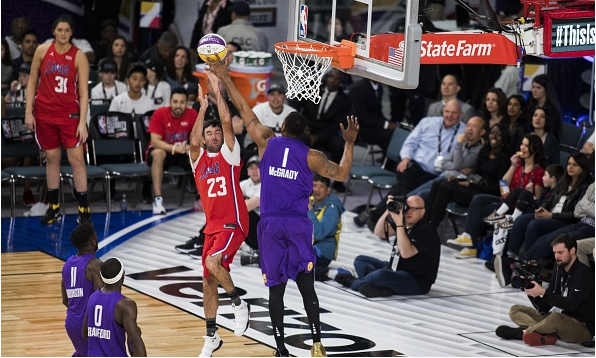 Dustin Johnson got his basketball genes via his grandfather, who was an All-ACC standout in the 1960s. Gary Woodland actually played college hoops at Division II Washburn. 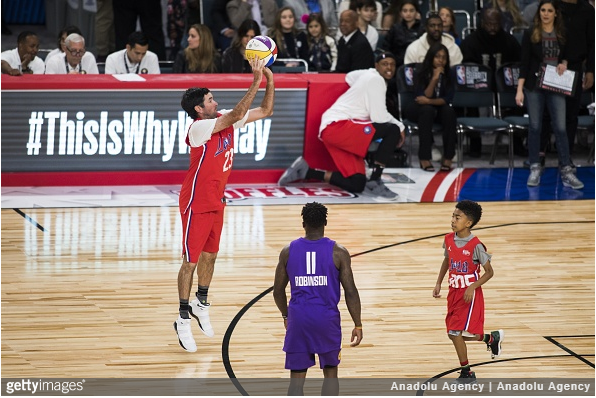 Yet it was Bubba Watson who took the court at the NBA All-Star Weekend’s celebrity game.

The two-time Masters champion managed to wrangle the invitation for Friday’s contest, where he shared the court with actors Jamie Foxx, Anthony Anderson and Caleb McLaughlin and rapper Common, along with retired stars Paul Pierce and Tracy McGrady.

After his third round at Riviera on Saturday, Watson admitted he was just trying to make it through the game in one piece, especially when he went to the hoop against the 6’8″ McGrady.

“I’ll go ahead and say it, when I saw Tracy McGrady come at me, all I thought about was — none of you guys but the bad golfers in the world, when they stand on the tee and they see water to the right, where’s their ball go? Way to the left. 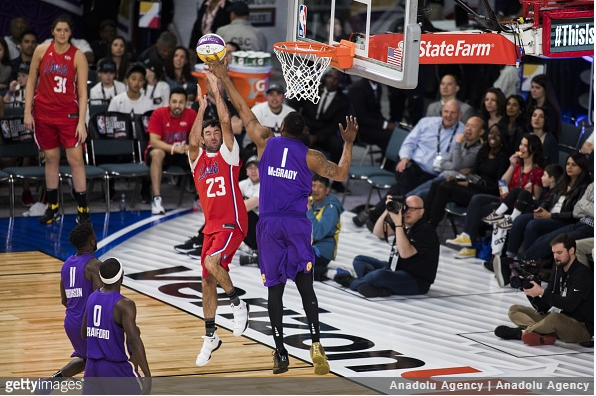 “So when I saw him, all I saw was, this is my moment to get hurt, this big tank is about to hit me, and I was like just knock it into the stands, just don’t touch me.

“So it worked out, he didn’t touch me so it was good.”

PGA Tour officials granted Watson a Friday morning tee time, allowing him to fight traffic from Riviera CC to the Staples Center for a 4 p.m. tipoff.

Early start @GenesisOpen so I can make it to the @NBAAllStar Celebrity game this afternoon! pic.twitter.com/w2PeCdQFy0

Had an awesome time at the @NBAAllStar #RufflesCelebGame tonight! It’s not bad being on the winning team either! #TeamClippers 75-66 ?? pic.twitter.com/7qaU9P3Qbo

Portion of this content appeared in The Starter earlier this week.