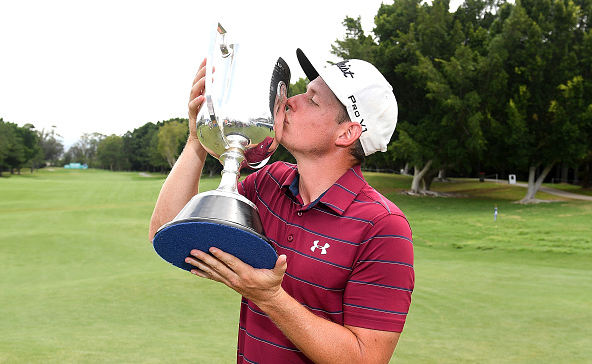 Cameron Smith posted a final-round 4-under 68, and edged Jordan Zunic (71) in a playoff to claim his first European Tour title at the Australian PGA Championship. 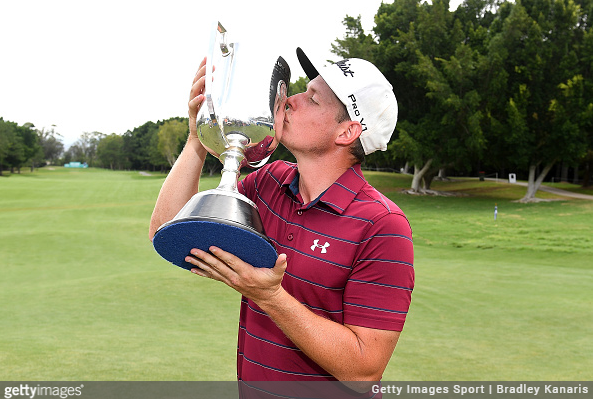 Smith, a native of Queensland, Australia, entered the final day three shots back of compatriot Zunic but after turning at 4 under 32, the 24-year old had cut the spread to just one.

Following a bogey by Zunic on the 10th hole, the two young Aussies were tied at 18 under. Smith would finally break the deadlock with a birdie on 17, only to miss a five-footer on the last to set up a playoff.

The duo posted matching pars on the first go-round of 18, but Smith won it the next time with a nifty up-and-down for par, coupled with a bogey by Zunic.

“Neither my mom or dad were there for the (PGA Tour) win in New Orleans,” said Smith. “To be able to win in front of them and in front of other family and friends, and then winning in Queensland, makes it so much more special to me.

“I haven’t even had time to process that but it’s been a really good year. My goals this year were to win one down here and it’s nice to tick that one off.”

Adam Bland (68) finished just a shot outside of the playoff at 17 under, three clear of two more Australians in David Bransdon and Marc Leishman who posted matching 68s to finish tied for fourth at 14 under.

“A bit of a grind out there today, waking up early to get away from this rain that mysteriously hasn’t come. Yeah, tough day out there and congrats to Jordan as well, he played well.”
– Cameron Smith