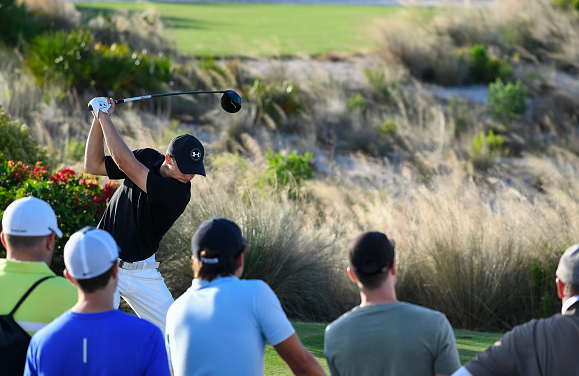 A look at some of the top quotes from the top players after the third round of the Hero World Challenge in the Bahamas, where Charley Hoffman leads by five shots. 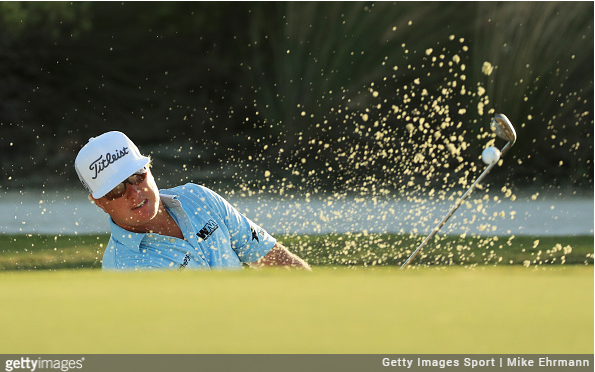 What’s going to be the key heading into tomorrow with a fairly sizeable lead?

HOFFMAN: You know, I’m going to have to handle my nerves a little better than I did today. I was in the lead most of the day but I didn’t swing it very good and that’s my MO is to swing it good. My rhythm was off a little bit today. It was windy and challenging conditions, so I’m going to go out and think back what I can improve on what I did today and have a good idea what to do and feel confident going into tomorrow and close off a 36-hole lead and a 54-hole lead, which is something I haven’t had a ton of success with in the past.

Charley, you’ve been near the top of the leaderboard a lot on the weekends. Why were you nervous today?

HOFFMAN: I don’t know. I hadn’t played much golf in the last couple weeks and everything felt good. It’s one of those — anytime you get in the lead, no matter where you are, you’ve got to handle your nerves and it wasn’t my best effort today. Usually I’m a little better than I was today in this situation, but like I said, I didn’t have my best stuff and I sort of recognized it and I was able to shoot 2 under. 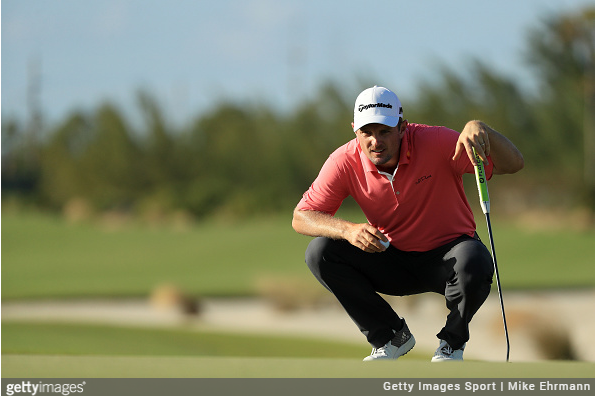 How much of an advantage do you feel like you have since you live here? Does it feel at all like a home game to you?

ROSE: It feels like a home game but I’m not really sure it’s an advantage. Especially in a crowd and an atmosphere like this, it’s definitely — it’s a lot more intimate so I know everybody, I can see everybody. When you’re playing in front of thousands of people, everybody can blend in and you can get focused a lot easier, where here I know exactly where my kids are, I know exactly where my wife is and my friends are. So= it requires a bit more focus from my point of view or an attempt to focus a bit more.

So I’m really excited tomorrow to be in the last group, I think that’s looking likely. So to go out there and kind of be in the business end of things in front of family and friends is going to be a lot of fun with kind of nothing to lose and have a good run at Charley tomorrow.

When you look over the course of a year and how much you’ve played in terms of your body, what do you consider the most important part of the year for you?

ROSE: I’ve kind of changed my strategy a little bit. Instead of having like a 10-week break, it’s harder to find but try to find two- or three-week breaks more regularly. I think that that’s really key and I just really worked hard this year. Post round I spent hours and hours and hours after my golf working on my body, whether it be in the gym or stretching or just due diligence trying to do a lot of things. 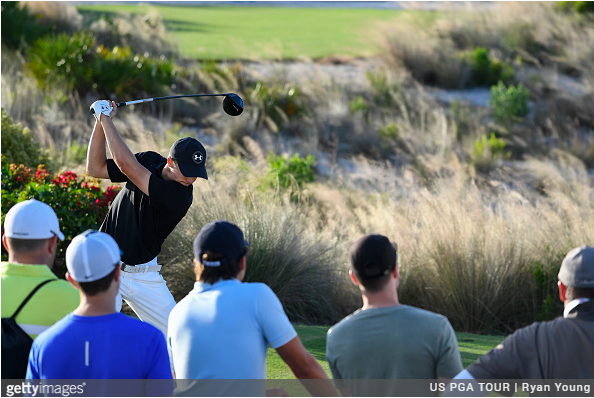 As an Open champion, is that going to be any different feeling than Masters champion? Has it been different for you in any way?

SPIETH: Yeah, I think The Open has a pretty significant worldwide reach. It’s my second favorite tournament in the world behind the Masters, so to win between those and Ryder Cup, which I put them kind of in a different place, those three and the U.S. Open, kind of top four events in my mind that I can win in my lifetime and that I’ve done that, it’s extremely satisfying. So I look at the year as a whole as a huge, tremendous success. Looking forward to playing aggressive and looking at it as capping off this year, which was one of the better years that I’ll ever have.

When did you start letting yourself think about Augusta?

SPIETH: It doesn’t really start coming to me until after Riviera. Then we start to kind of gear up a little bit and we get into Mexico now and that part of the year, you start looking at how you’re gearing up for Augusta. 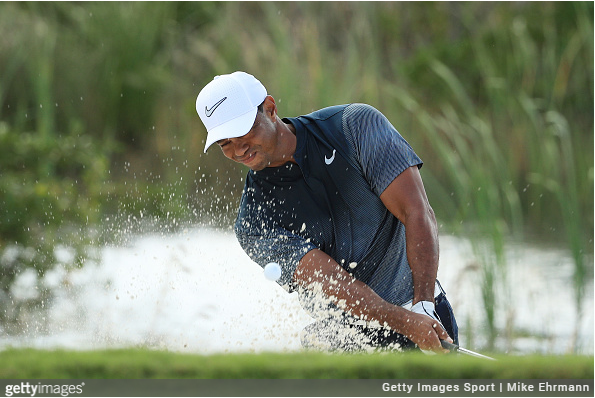 Even though that wasn’t the score you wanted today, was it sort of a mental test, the mental side has come back?

WOODS: I liked it. I like to be able to fight out there. Unfortunately I just couldn’t get it turned around. At 6 I should have played for the flyer and if I don’t catch it I’m 30 feet short of the hole. If I catch it I’m near pin high and I didn’t do it. I just thought I could get it up there next to the hole and
caught a flyer and I’m over the green in the rough. Little things like that, those are little mistakes that could snowball a round, which it did.You dropped from 100 to 1 to 15 to 1 for the Masters in like a day. All the hype, obviously it’s crazy.

Just sort of getting off to a really good start and then kind of losing a little bit of momentum on the weekend?

WOODS: Yeah, that’s just the way it goes sometimes. I’m not the only one who’s struggling at times out here. Unfortunately, I just wasn’t able to turn the round around. Hideki today, I think he made 50 birdies and 50 bogeys. (Laughs.) I just couldn’t get birdies like he did.