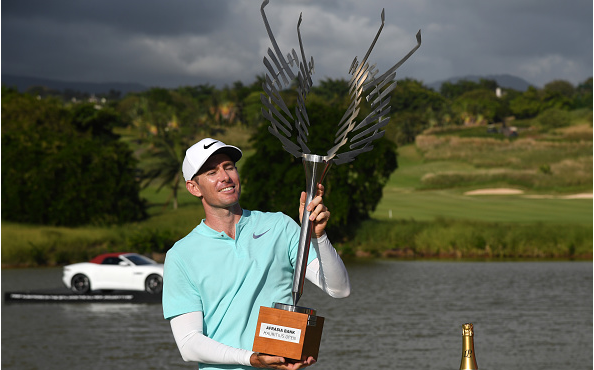 Dylan Frittelli posted a final-round 4-under 67 on Sunday, and edged Arjun Atwal on the first playoff hole to capture the AfrAsia Bank Mauritius Open.

The 27 year old South African, who entered the day three back of Atwal, and playing in the penultimate group, rode a five-birdie round to grab the clubhouse lead at 16 under. 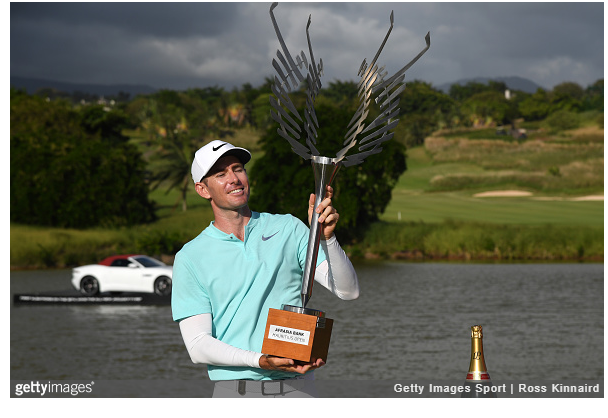 Atwal, the wire-to-wire leader, had a chance to win it outright but his eagle attempt on the final hole lipped out. The 44-year old Indian had to settle for a tap-in birdie and a playoff.

Frittelli, though, birdied the first extra hole at the Heritage Golf Club to capture his second career European Tour title, and end Atwal’s hopes of a late-career victory.

“Arjun Atwal – great payer, tremendous player,” said Frittelli. “I played with him yesterday and it was one of the most fun rounds I’ve had in recent times.

France’s Romain Langasque (67), playing on a sponsor’s invite after losing his Tour card in 2017, finished alone in third at 14 under.

Louis De Jager, the 54-hole co-leader, posted a double-bogey on the 17th to end his title chances. A birdie on the final hole got the South African to level par for the day and sole possession of fourth place at 13 under.

Frenchman Matthieu Pavon rode a low-round 66 to secure a top-5 finish at 12 under, alongside Miguel Tabuena (71) of the Phillipines.

Louis Oosthuizen began his final round six shots back, but after three-straight birdies on 10, 11, and 12, quickly followed by an eagle on 14, the former Masters champion was closing in on the leaders.

Oosthuizen’s run ended abruptly, though, after a triple-bogey seven on the par-4 16th. The South African eventually settled at 4-under 67, finishing alongside José-Filipe Lima at 11 under.

VIDEO: THE THRILL OF VICTORY

“”It’s been a pretty good year for me. I’ve set some pretty lofty goals and achieved most of them so I can’t wait for 2018 – set more goals and go and chase them again.”
– Dylan Frittelli