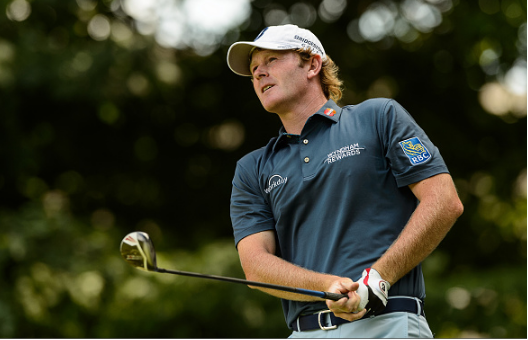 Brandt Snedeker fired a 6-under 66 on Saturday and is the leader at the RBC Canadian Open through 54 holes at Glen Abbey Golf Club.

Here are 5 things to know about the RBC Canadian Open heading into Sunday’s Final Round.

1. Snedeker sits at 9-under par

For the championship, Snedkeder has sandwiched two excellent rounds around one so-so- round: 68, 73, and 66. The 23rd ranked golfer in the world leads Canadian amateur Jared du Toit and world #2 Dustin Johnson by 1 stroke, who are both at 8-under par.

2. Snedeker is no surprise

While he’s been under the radar a bit this season, Snedeker is actually the 5th highest ranked golfer in the field, behind Jason Day, Johnson, Jim Furyk, and Matt Kuchar. Further, Snedeker won this event back in 2013 so he’s no stranger to success up north.

3. Jared du Toit is a surprise

Everyone is waiting for the Canadian amateur du Toit to have some kind of meltdown. But it hasn’t happened yet. The 21 year-old Arizona State star will play in the final pairing with Snedeker, and should be the heavy crowd favorite at Glen Abbey on Sunday. The Calgary native has been impressive, to say the least, shooting rounds of 67, 71, and 70.

4. Best Round of the Day

Steve Wheatcroft fired a 8-under 64 and currently sits at 7-under for the tournament. With this round Wheatcroft moved up a whopping 44 spots on the day, and is at T3 heading into Sunday.

5. Worst Round of the Day

Derek Ernst followed up a very solid 4-under 68 yesterday with very ugly 8-over 80 today. In the process, Ernst dropped from the 47th spot all the way down to dead last, No. 80.