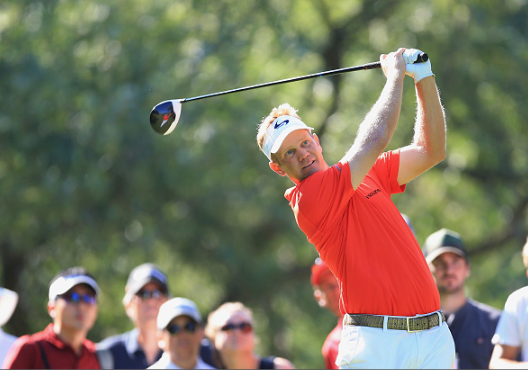 Billy Hurley III is having quite a month.  Recently labeled as a journeyman, the navy grad broke through PGA obscurity with a stellar victory at the Quicken Loans National in late June.

The 41-year-old who was struggling to qualify for tournaments now has a two-year tour exemption, and was even given an invite to The Open Championship, which he passed on to attend his sister’s wedding.

This week, Hurley III is back in action at the RBC Canadian Open at Glen Abbey.  In round 2, he ran into some trouble on the 10th tee, sending his drive way off course, so far off course that his ball ended up in a parking lot, and was stuck under the wheel of a semi-truck.

Tee shot was actually under the wheel of a semi truck. But lots of ways to make 4…Hopefully squeak the wkend https://t.co/Em7NXwQ9EM

Fans love these videos of professional golfers hitting shanks.  It is the only time we feel that the pros are able to commiserate with us Average Joe’s.  Golf is a difficult game.  However, your average Joe probably would have carded a snowman on the hole, while Hurley magically found a way to save par.

Hurley struggled in Round 1 with a six-over 78, but rebounded nicely, shooting a -4 round of 68 on Friday, and making the cut on the number.