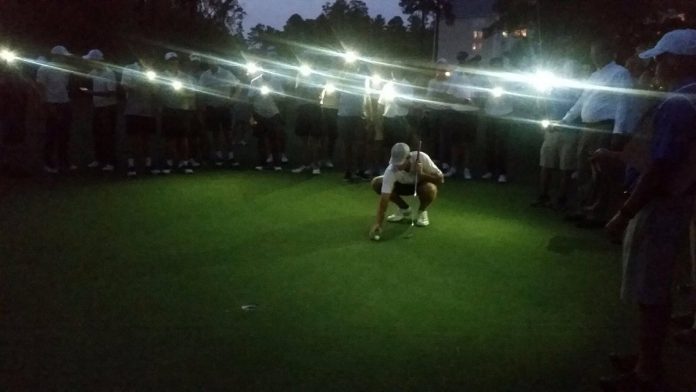 Finally an approved use for cell phones on the golf course.

This kid from the UC Davis golf team knows when you’re hot, you can’t come back the next day and finish up. You have to continue and forge on even through the dark.

One heck of a putt last night ! pic.twitter.com/wNPwig2nx7

The cell phone lit green took place at the Rod Myers Invitational at Duke University. Three players were trying to finish up on 18 when it was decided that because of darkness their round would be postponed until the next day. Two players decided to come back when they could see, and one decided LED lighting from cell phones would be fine.

It was a memorable moment for UC Davis, but it wasn’t enough to win the tournament. The team finished at bottom of the 14 team college tournament.