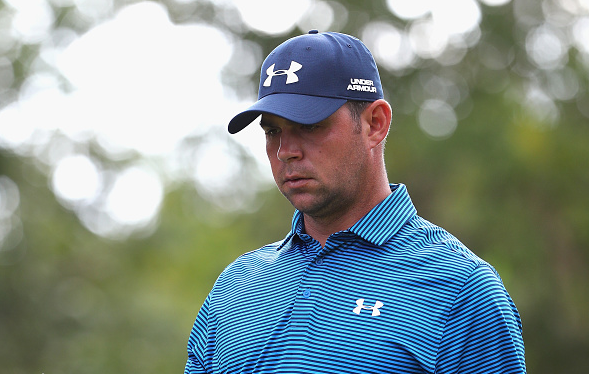 Gary Woodland withdrew from the WGC-Dell Match Play under mysterious circumstances last week. But now we know why.

Woodland posted to Twitter that his wife had complications with her pregnancy which resulted in the “heartbreaking loss” of one of their twins.

After beating Emiliano Grillo, 3 and 2, in his opening match, Woodland withdrew for what was described as a “personal family matter.”

As stated in the post, Woodland plans to play in the Masters next week “at this point.”

Following the announcement, the golf world (and beyond) checked in to offer up their condolences.

@GaryWoodland thinking of you and the family bud! Hope Gabby is well and look forward to having you back out here. Thoughts and prayers!

@GaryWoodland so sorry to hear. Thoughts are with you and your family.

@GaryWoodland Hang in there, Gary. My thoughts are with you and your wife. Hope to see you in Augusta

@GaryWoodland Super sad. This happened to my cousin during his wife's pregnancy with twins. They mourn lost child but cherish surviving one

So sad. Thoughts with Gary Woodland and his wife. pic.twitter.com/sN6Z69a3w6

Unfortunately we now know why @GaryWoodland pulled out of @DellMatchPlay. Gary & Gabby are always full of light. Sad that it's dimmed now. https://t.co/BMca7OEUtI

Gary Woodland's Match Play WD was the result of a pregnancy complication for his wife, Gabby: https://t.co/sh5io8nHa2 pic.twitter.com/YF8cbyqOqT

Our thoughts are with Gary Woodland and his family at this tough time https://t.co/othls2cGfM

Our thoughts & prayers are with former Jayhawks @GaryWoodland & his family. Looking forward to his performance @TheMasters. @KCTV5 https://t.co/kfxqiOm8Zx

@GaryWoodland I'm so sorry for your loss, my prayers and thoughts are with you and Gabby

This is so sad. Thoughts go out to @GaryWoodland and his family. https://t.co/VMmDGr2mJp

@GaryWoodland I'm so very sorry for your loss. Prayers for your family. https://t.co/3bluqeUfhl

Updated as statements are released.