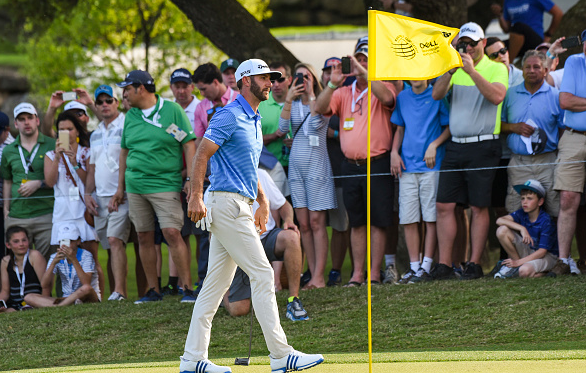 Following Dustin Johnson’s win at the WGC-Dell Match Play in Austin – his third straight, we finally have a shakeup at the top of the PGA Tour’s Money List.

World No. 1 Johnson is now numero uno in earnings as well. DJ leapfrogged both Justin Thomas and Hideki Matsuyama to move into the top spot following his second straight WGC title.

Johnson arrived in Austin with consecutive wins under his belt, and holding firmly to the No. 1 spot in the Official World Rankings. In just 6 starts, he had already amassed over $3.5M on the season and sat comfortably in third place on the Money List.

But with the win at the Dell (and another big check for $1,660,000), Johnson is now in first place, and, despite playing in just 7 events, is the only player to have earned over $5M on the season.

Stat of the Week

On the other end of the spectrum, old friend Steven Bowditch has entered 13 events – nearly double that of DJ, yet has earned only $12,586 on the season. This comes out to just $968 per start, which we would guess is a net loss for Bowditch Inc – when factoring in travel expenses.