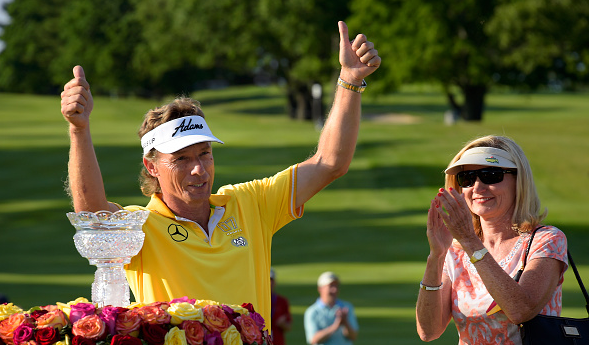 The fourth major of the 2016-17 Champions Tour season is upon us, with the 35th-annual Constellation SENIOR PLAYERS Championship. For the first time it will be played at Caves Valley Golf Club just outside of Baltimore, Maryland.

The Constellation SENIOR PLAYERS Championship (or simply the Senior PLAYERS Championship) is one of the five major championships on the Champions Tour. The inaugural event was played in 1983 at Canterbury Golf Club in Beachwood, Ohio. Miller Barber took home the first trophy along with a $40,000 check after shooting a 10-under-par 278.

The tournament is the fourth-oldest event on the Champions Tour with only the Senior PGA Championship (78 years), Legends of Golf at Big Cedar Lodge (40 years) and the U.S. Senior Open (38 years) older.

Designed by Tom Fazio in 1991, Caves Valley Golf Club is a par 72 championship track measuring a 6,942 yards. It is located in Owings Mills, Maryland, a suburb northwest of Baltimore. The course is known for its fast greens and is consistently rated as one of the top 100 golf courses in the country.

In 2002, it played host to the U.S. Senior Open where Don Pooley beat Tom Watson in a five-hole playoff.

Additionally, the course has hosted several major amateur events including the 1995 U.S. Mid-Amateur, the 2005 NCAA Men’s Championships, and the 2007 Palmer Cup.

Bernhard Langer will return to defend his title, with hopes of winning for the fourth consecutive year. He will be joined by six other past champions, including Mark O’Meara and Kenny Perry.

The field also includes Fred Funk, a Takoma Park (MD) native and University of Maryland alum. In all, the 78-player field features 49 of the top-50 players in the current Charles Schwab Cup standings.

If he wins again this year, the four consecutive wins would be the second-longest streak in Tour history, trailing only Hale Irwin’s five straight titles at the Turtle Bay Championship (2000-2005; no event in 2004).

Field, By The Numbers