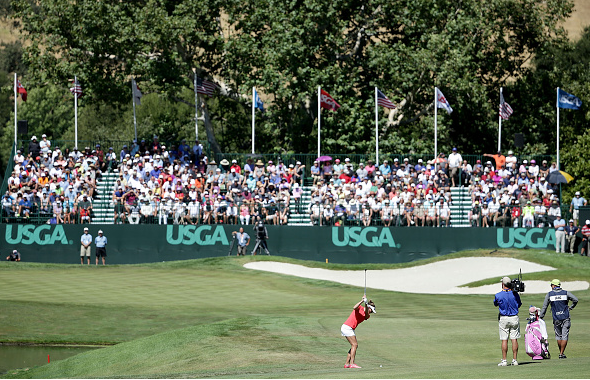 The third major of the LPGA Tour season is upon us, and it’s the biggest one of them all – the 2017 United States Women’s Open.

The 156 player field at Trump National Golf Club includes 19 of the top 20 players in the current Rolex Rankings – all vying for the career-defining chance to be handed the trophy by the USGA’s Diane Murphy on Sunday night.

Not surprisingly, the U.S. Women’s Open was conceived well after the men’s event, but it is still rich in tradition, with this year’s Open being the 72nd edition.

The first U.S. Women’s Open was held in 1946 and won by Patty Berg, who to this day, holds the LPGA record for major championship victories with 15. The first two decades of the U.S. Women’s Open were largely dominated by a small group of elite golfers which included Betsy Rawls, Mickey Wright, and legendary female athlete Babe Didrikson Zaharias.

As the tournament has progressed it’s gained popularity for being the richest, and arguably most prestigious, event in women’s golf.

The early winners were almost exclusively American, as only three of the first 40 Opens were won by non-Americans. However, as women’s golf has become more global that number as precipitously increased. The 2017 event will feature golfers from 28 different countries.

Trump National Golf Club is situated on over 600 acres in the scenic countryside of Bedminster, NJ, which is about 40 minutes from downtown Manhattan.

Designed by Tom Fazio in 2004, the Old Course at Trump National Golf Club will play to a par-72, measuring 6,732 yards for this week’s U.S. Women’s Open Championship.

Ranked as one of the “Top 100 Courses in the World,” the Old Course was the host venue for the 2009 U.S. Junior Amateur Championship, where a then 15-year-old prodigy named Jordan Spieth captured the title. The Trump National Old Course will also host the 2022 PGA Championship.

In addition to Ryu and Chun, other top-ranked players include Rolex Rankings’ No. 2 Ariya Jutanugarn, who won the USGA’s 2011 U.S. Girls’ Junior championship. The 21-year-old Thai superstar is seeking career major title No. 2, after capturing the 2016 Ricoh Women’s British Open.

Lexi Thompson is the top-ranked American at world No. 3. Like Jutanugarn, Thompson is also a former winner of the U.S. Girls Junior Championship (2008).

Former world No. 1 Lydia Ko, now sitting at No. 4, is still searching for her first victory of the 2017 LPGA season.

In 2016, Brittany Lang won the U.S. Women’s Open by edging Anna Nordqvist in a three-hole playoff at CordeValle. It was Lang’s second LPGA Tour win, and first major championship title.

The win was marred slightly by a controversial ruling against Nordqvist during the playoff. The Swede was assessed a two-stroke penalty after it was determined, via video, that she grounded her club in a bunker.

Lang arrives at Trump National in New Jersey with questions about the state of her game. The American is ranked 33rd in the world, and has struggled for the entire 2017 season – no top 10s with two missed-cuts in her three most recent starts.