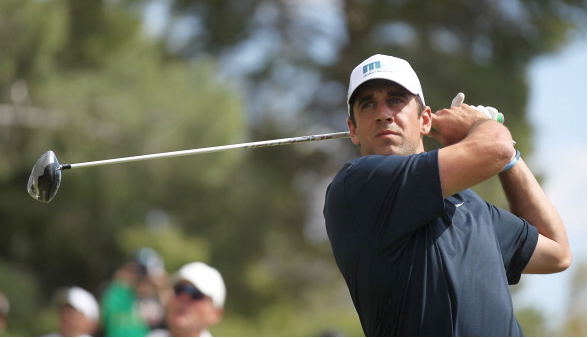 The American Century Championship is underway for its 27th year this weekend and is once again riddled with star athletes and celebrities.

At the helm of this year’s event is Stephen Curry, superstar point guard, who is fresh of his second NBA championship. Curry, who made headlines in the past week announcing that he would be playing in the Web.com Tour’s Ellie Mae Classic, has quieted the critics upon his arrival in Nevada.

On Thursday, Curry debuted his new golf bag on the range that included two Larry O’Brien Championship Trophies and his signature ‘SC’ logo.


The tournament kicks off Friday at Edgewood Tahoe Golf Course in Stateline, Nevada. Former MLB pitcher Mark Mulder is the favorite going in, having won the last two tournaments.

The three-round tournament also provides much more than an unforgettable weekend for the players and fans. Since 1990, the American Century Championship has raised $4.6 million for charities including Autism Speaks, Boys & Girls Club, and the Fallen Patriot Fund. Tahoe will be shining bright this weekend as star versus star will be pinned up against one another and all for a good cause.