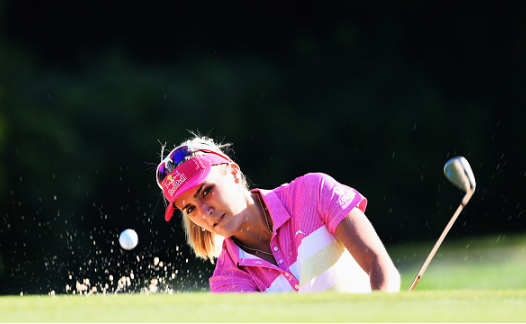 In today’s PGW Daily, we talk Evian Championship, the Web.com in a Supermarket Sweep contest, and the European Tour is going outside the box for their new tournament.

These are some of the key groupings for the Evian Championship, the LPGA’s fifth and final major of the year.
All times local.

Jutanugarn is playing better than any golfer on the planet right now, with five wins on the season, all of those in her past 11 events. She was also the winner of the RICOH Women’s British Open, the most recently played major. Chun, from the women’s golf powerhouse of South Korea, is ranked 7th in the world. She has finished in the top 8 of her past three tournaments.

Lang, the surprise winner of the U.S. Women’s Open, might not be considered among the LPGA’s “big three”, but with a win here would have more 2016 majors than any of them. Henderson, the #3 ranked golfer in the world has been slumping a little lately as a T14 is her only finish better than 38th in the past three months, but is still having a fantastic season overall, highlighted by outdueling Lydia Ko in a playoff at the KPMG Women’s PGA Championship.

Ko is the world #1 was a runaway #1 for most of the year, but now has Jutanugarn nipping at her heels. Like the other two members of the “big three”, Ko has one major on the season, the ANA Inspiration. The silver medal winner at the Olympics, Ko has only finished worse than 7th once in her last 8 events, with two victories in that span. Pettersen, Norway’s best female golfer, is coming off a T5 in last week’s Manulife LPGA Classic.

Lewis and Pillar both represented the United States at the Olympics. Lewis is 8th in the world rankings, with Pillar at 17th. Lewis finished in the top seven of the last two majors.

Feng, from China, was the bronze medal winner at the Olympics. Thompson, at #4 in the world, is the highest ranked American in the LPGA. She leads the LPGA Tour in driving distance, and has finished in the top 8 of four of her past six tournaments, including a T8 at the RICOH Women’s British Open.

Smylie Kaufman and John Peterson are the MCs at an event for LSU Tiger fans.

Come play bingo at Bogie's on Wednesday night. @JohnPetersonLSU and I will be the MC. Entertaining stuff Tiger fans! https://t.co/95vxKpUI9t

With the web.com finals in Boise this week, several players took to practice on the famous blue turf at Boise State University.

The #WebTour has taken over the blue turf at Boise State. Follow on Snapchat: webtoursnaps https://t.co/ERf0NXGl0X

An afternoon at The Blue. ⛳️ https://t.co/cURweUJo6O

Awwww Picture of the Day

Rikard Karlburg spent some quality time with his children.

Anthony Kim Sighting of the Year

He isn’t seen often these days, so it wouldn’t make sense to make it the Anthony Kim sighting of the day. The former star golfer showed at a charity golf event.

Hole Setup of the Day

Future Tournament of the Day

The European Tour will add a new tournament to their schedule. Called the World 6 Super Perth, it starts with 54 holes of stroke play followed by a big cut with the remaining 24 players battling each other on a six-hole match-play shoot-out, plus a “knockout” hole to settle ties with a nearest to the pin contest. The event will be played in February in Australia.

A number of Web.com professionals competed in a supermarket sweep contest for charity.

Game of the Day

Gene Sauers for the block during the tic-tac-toe finals at the @FirstTeeOpen! ❌ pic.twitter.com/4xkat8xP5V

Jab of the Day

Jon Rahm has a protracer request.

Love to have at least one straight protracer!! #babyfade #M2

Classy Pic of the Day

Luke Donald took a picture with Rory McIlroy at his annual “Taste of the First Tee” event.

Amazingly successful evening last night at my annual Taste of the First Tee. Always an inspiring night for me listening to some of the kids that are so impacted by the First Tee program in Chicago. A big thank you to my guest of honour @rorymcilroy for coming to support me – you made a huge difference to a lot of kids' lives. Thank you for being so generous with your time 👍🏼