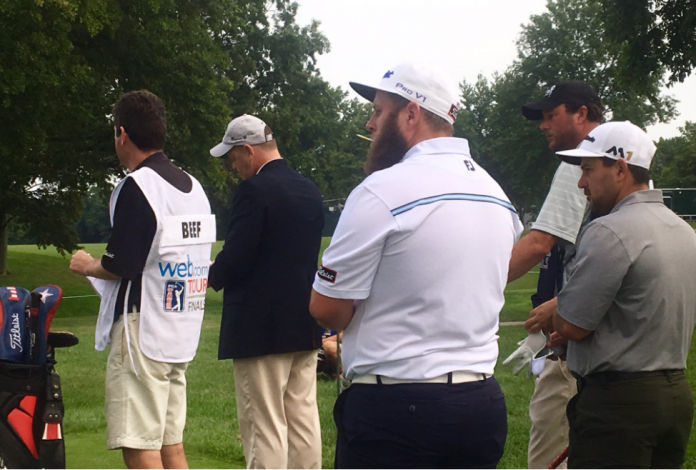 In today’s PGW Daily, everyone is excited for the Web.com finals, the European Tour introduces a fun ‘Beat the Pros’ contest, and Beef is doing Beef things!

Thomas Pieters gives fans an explanation after withdrawing from the European Tour’s KLM Open. Fortunately for him, he already has a Ryder Cup spot (Captain’s pick).

Practice Video of the Day

Jhonattan Vegas getting in some practice before the BMW Championship. The sound on this one is very satisfying.

Opinion of the Day

Journalist Piers Morgan is not going to make a lot of friends on the PGA Tour saying things like that.

Just wondering what your opinion was on the golfers who withdrew from the Olympics.

If you want to look and perform like an elite athlete, you need to eat like one. This is Lexi Thompson’s dinner from last night.

From the looks of it, Thompson seems to be a very credible source.

My #wcw is @Lexi she is beautiful and the best golfer. Can I get a rt or follow. pic.twitter.com/aI3b23JkQT

Product Plug of the Day

Another hot week ahead @bmwchamps. I'm prepared with @aquahydrate to keep me hydrated on and off the course! #pH9+ #fedexcupplayoffs

Kiradech Aphibarnrat is ready to go at the Web.com finals!

Correctly guess the new Asian Tour hashtag and you could be on your way to The Philippines for the RWM Masters!

Guess what the new Asian Tour's hashtag is and you will be treated like a VIP at the @rwmanila in November. pic.twitter.com/WuNHQR79dO

Slogan of the Day

This guy at the KLM Open appears to be a Joost Luiten fan.

That might be the best caddie bib ever. Andrew ‘Beef’ Johnston is one of the favorites to earn a PGA Tour card at the Web.com finals.

Tee in mouth, Andrew Johnston readies for his opening round in Cleveland. ⛳️ pic.twitter.com/Lac1a7ydt7

Beef knows how to rally his troops. ⛳️ https://t.co/BSrxb2iytG

Getting what should be an exciting week started!

The European Tour is light years ahead of the PGA Tour when it comes to engaging fans. This week at the KLM Open, amateurs are getting an opportunity to beat the pro they’re following on the tee shot at the par-3 14th hole.

It's Beat The Pro time.

One of our favorites, Steven Bowditch, gets into it again on Twitter.

Ok bro. Let's hear how good you are.. Tell the people https://t.co/aMURKXgq53

No but I will be driving mine ? https://t.co/XLn7cuUMIn

Make This Happen! of the Day

“Beef” is hoping for an invite to #SB2K17. Those would be some hysterical photos!

We need a video resume @BeefGolf.

There is lots of buzz about the new Titleist 917 Drivers which go on sale October 21st.