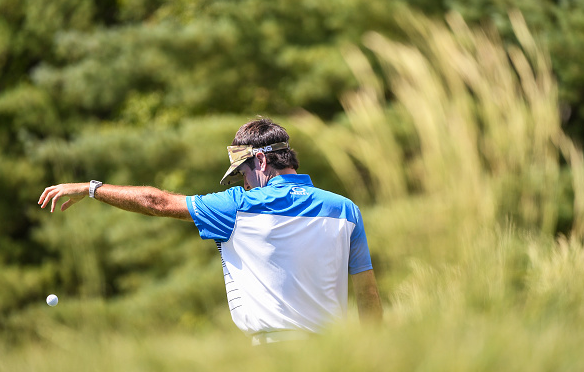 Captain David Love III will be filling three of those four spots after the BMW, so those on the Ryder Cup bubble will want to leave a good impression.

Among the serious contenders for those spots, only Jim Furyk is missing from the field, falling short of the top 70 after the Deutsche Bank. Had Furyk not missed three months of the season recovering from wrist surgery, he likely would have qualified, but not being at Crooked Stick puts him at a large disadvantage. He will have to hope that his experience and his recent success are enough.

Here are the serious contenders who will be at the BMW Championship:

At ninth in the Ryder Cup standings, Watson had the highest total of anyone who did not qualify automatically. He looked like a lock for most of the season, but after five months of mostly unimpressive results (nothing higher than a T13 since the WGC-Cadillac in early March), his inclusion is far from guaranteed.

A missed cut at the Deutsche Bank, his only missed cut of the season, came at the worst possible time. His length and moxie would be a great asset to the team.

Holmes is another long-hitter who has struggled as of late. He looked to be in great position after top-5 finishes at both The Masters (T4) and The Open Championship (3), but missed his next three cuts after that solo-third, and has posted two unimpressive results at the first two playoff events (T41, T33).

Fowler was 11th in the Ryder Cup Standings, but his position has been debated more than anyone’s. He is a charismatic young player who would likely draw a lot of positive attention to the team and the event. But based on recent finishes, he could be on the outside looking in.

He fared great over the first half of the season, but has not really impressed at the big events, with missed cuts at The Masters, The Players, and The U.S. Open, and weak finishes at The Open Championship (T46) and The PGA Championship (T33). Fowler nearly qualified automatically at The Barclays, the last week of automatic qualifying, but stumbled on Sunday to miss out.

The Olympic bronze medalist has been racking up top-10s like we are used to seeing from him, but in the bigger events, Kuchar has been a dud more often than not. His T24 at The Masters was his only top-40 of the majors season, and in the first two playoff events, he has not been a factor (T64, T36).

If Kuchar struggles again this week, he will have to hope his nine top-10 finishes and his bronze medal outweigh his failures. He finished 12th in the Ryder Cup standings.