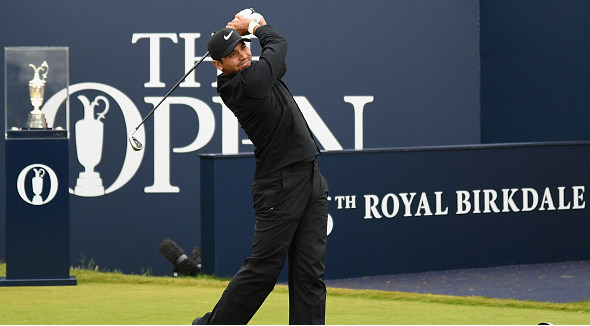 Jason Day, the former world No. 1, may miss the cut at the 146th Open Championship. After a birdie on the par-5 15th at Royal Birkdale, the 29-year-old Day was at even-par with just three holes to go, including the par-5 17th – the easiest hole on the course.

With brutal weather conditions producing some big numbers, a score of even-par or 1-under would have put Day right in the hunt for the weekend. But that’s irrelevant now because the Aussie made a mess of the final three holes (bogey, double-bogey, bogey) for a second-round score of 6-over 76.

For two rounds Day is at 5-over. The cut line is projected at 5-over (and is changing rapidly, given the weather).

Update: Day made the cut.

Not a Lonely Day

Day can take solace that he wasn’t alone. Only four players thus far have finished their second rounds under-par, led by 2015 Open winner Zach Johnson, who somehow posted a 4-under 66. The other three: Rory McIlroy (-2), Sergio Garcia (-1), and Jamie Lovemark (-1).

Other big names who struggled terribly in the wind on Friday: