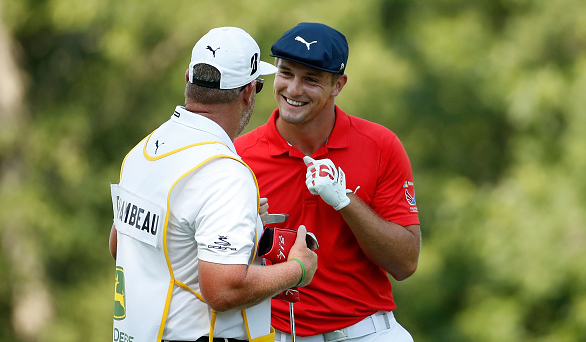 At the 2016 RBC Heritage, 22-year-old Bryson DeChambeau finished a remarkable T4 in his professional PGA Tour debut, and it looked as though it would just be a matter of time before the former much-celebrated amateur would be a PGA Tour champion.

With seven birdies over his final 11 holes on Sunday, including a thrilling winding putt on 18, DeChambeau shot a 6-under 65 to clip 54-hole leader Patrick Rodgers by one stroke and win the 2017 John Deere Classic, his first career PGA Tour victory.

DeChambeau’s electrifying win comes with a special prize: a chartered Sunday night flight to England for a spot in this week’s Open Championship, the last exemption granted for professional golf’s oldest major.

How DeChambeau Did It

TPC Deere Run is famous for surrendering especially low scores, but it played a bit tougher than usual this year, as DeChambeau’s -18 is the highest winning score at the John Deere in nine years, and just the second time since 2008 that the winning score was below 20-under.

The best of DeChambeau’s week, however, occurred at a great time, as he found seven birdies over his last 11 holes. Scoring was very tight early in the round, but even as the leaderboard became more congested, DeChambeau was still well under-the-radar, as his first seven holes comprised of six pars and a bogey.

Then on No. 8, he made his move. A birdie-3 on the par-4 8th allowed him to make the turn at even-par. His play was then impeccable on the back nine, as he had back-to-back birdies three times, with the last two coming on 17 and 18.

Patrick Rodgers, the 54-hole leader, who was also attempting to win his first career title, still looked to have the advantage when DeChambeau hit the clubhouse at 18-under, but a painful bogey on the par-5 17th dropped Rodgers one back, and then he was unable to make birdie from off the green on 18, meaning a win and an Open Championship invite for the 23-year-old SMU product DeChambeau.

DeChambeau helped his cause greatly by hitting 17 of 18 greens in regulation, and in a surprise from the man who’s putting has been an unequivocal disaster this year, he finished second in the field in shots gained: putting.

What It Means For DeChambeau

This victory is tremendous for DeChambeau in both the short and long term. In an attempt to draw bigger names, the John Deere has chartered a Sunday night flight for several years now to Europe for The Open Championship, a tournament which traditionally occurs the week after the John Deere.

DeChambeau now has a seat on that flight. His come-from-behind victory also caps off an impressive stretch where he followed up eight consecutive missed cuts with finishes of T26, T17, and T14. The resiliency he has shown will be an incredible asset.

Two golfers have basically defined this tournament in recent years: three-time John Deere champion Steve Stricker and 2012 champion Zach Johnson. The two seem to be in the mix at TPC Deere Run every year, and this edition ended up being no exception as both finished tied for fifth place.

The 50-year-old Stricker had an early tee time on Sunday, mostly a result of a terrible round one 73, but he made his presence known quickly. He birdied his first three holes, and then added five more over the next 11 holes. When a birdie on No. 14 got him to 16-under for the tournament, the man who started the day in a share of 35th place was suddenly in the lead.

Unfortunately for Stricker, he played his last four holes to 1-over, which ended his chances for victory. But a final round 7-under 64 still meant an impressive result.

Zach Johnson had finished in the top 3 in the last five John Deere Classics, and again showed incredible comfort with TPC Deere Run. Johnson, starting the day in 8th place, hit 5-under for his round through 13 holes, which temporarily put him in the lead.

Like Stricker, however, Johnson limped to the finish with a 1-over final five hole stretch, where he missed several key birdie putts.

Steve Stricker’s 64 tied two others in the field for the low-round of the day: Wesley Bryan and Morgan Hoffman.

Bryan emphatically entered the leader mix when he birdied five straight holes from 13-17. He finished at -16, which was good for a tie for third place, the fifth top 10 of his rookie season. Hoffman moved 45 spots up the leaderboard with his 64, which included an eagle on the par-4 5th hole. He finished in a tie for 12th. 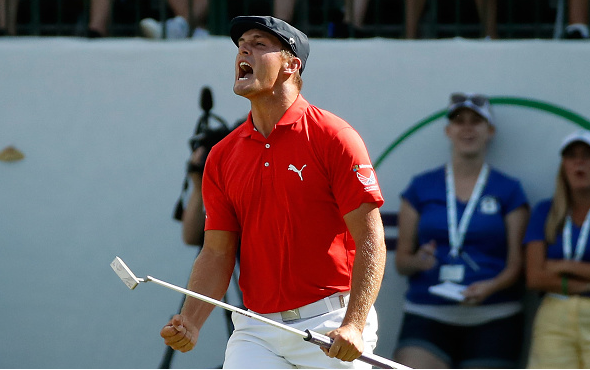 Daniel Berger has been in great form as of late, winning the FedEx St. Jude Classic last month, and then finishing second in a playoff to Jordan Spieth at the Travelers Championship.

The 24-year-old figured to be in the mix all day, but after an eagle on the par-5 second hole, Berger went stagnant, with pars on his next 11 holes, and then bogeys on 14 and 15.

Birdies on the last two holes kept him under par for the day, but a 70 at this course is very disappointing for someone of Berger’s caliber. He finished T5, three strokes back of DeChambeau.

Matching Berger’s final round 70 was Scott Stallings, who after consecutive 64s started the day in a tie for second place. He held the solo lead briefly after a birdie on the 8th hole, but could not make anything happen for himself down the stretch.

The worst round of the day, by far, came from Nicolas Lindheim, who began the day in a tie for 4th place and in perfect position for a shot at career victory No. 1.

Lindheim inexcusably had just one birdie on the day, which did not come until the 17th, after he was already 7-over on his round. He finished with a 6-over 77, 11 strokes worse than what he shot on both Friday and Saturday.

In what looked like a great chance for his first top 10, ended with a tie for 55th.

Despite just 46 editions of the John Deere Classic, which got its start as a satellite event in 1971, DeChambeau’s victory made him the 21st golfer in PGA history to make the Deere his first career victory.

“I don’t even know what it means right now. I’ve just been working so hard my whole life trying to do this, and then to finally have it happen at the John Deere, where I started pretty much, a couple years ago is just incredible. I can’t thank Clare Peterson enough for what he’s done, giving me an exemption a couple years ago, it’s a pretty cool honor.”
–Bryson DeChambeau, 2017 John Deere Classic Champion