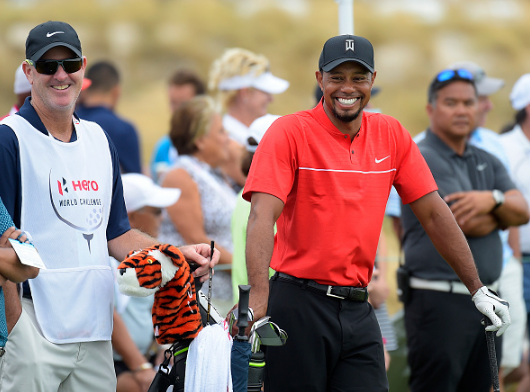 At the Hero World Challenge, Tiger Woods showed some flashes of brilliance, but struggled on Sunday, and finished in 15th place in a field of 17.

Yet despite finishing only two spots better than dead last, Tiger moved up nearly 150 spots in the official World Rankings.

Tiger Woods moves to 650th in the OWGR with his #HeroWorldChallenge finish. (Photo: Getty)

This OWGR uptick scenario was discussed in one of our preview posts last week – where Tiger mocked his lowly ranking.

Hoping for a good comeback for @TigerWoods @HWC2016. Simply finishing the event would lead to a notable #OWGR boost. Here are the scenarios: pic.twitter.com/JnZAnOVlAM