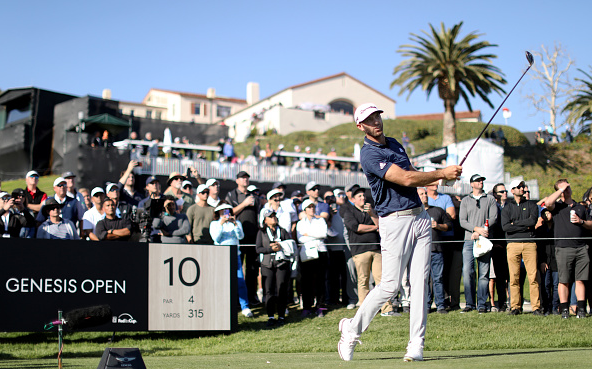 Dustin Johnson fired a bogey-free 7-under 64 in the third round of the Genesis Open to move into contention at Riviera Country Club.

On Friday, the World No. 1-ranked player, and the tournament’s defending champion, appeared headed for an early exit after turning at 3-over par. 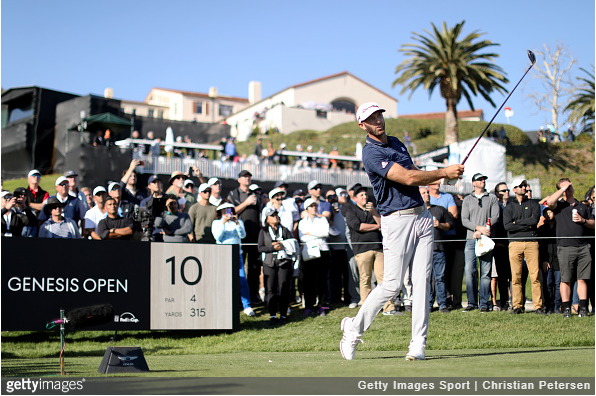 But the 33-year old South Carolinian made two birdies coming home to post a second-round 69 and sneak in under the cut at 1-over par.

On Saturday, Johnson was once again missing from the early storylines, and turned at just 1-under 35 to reach level-par for the tournament. An eagle on the par-5 first hole (his 10th) got some notice, but when it was followed by four birdies over a five-hole stretch (Nos. 3-7), the L.A. golf fans went into a frenzy.

Pars on the final two holes saw Johnson sign for a tournament-low 64.

Through 54 holes, the defending champion is at 6-under par, and just three shots back of leader Bubba Watson.