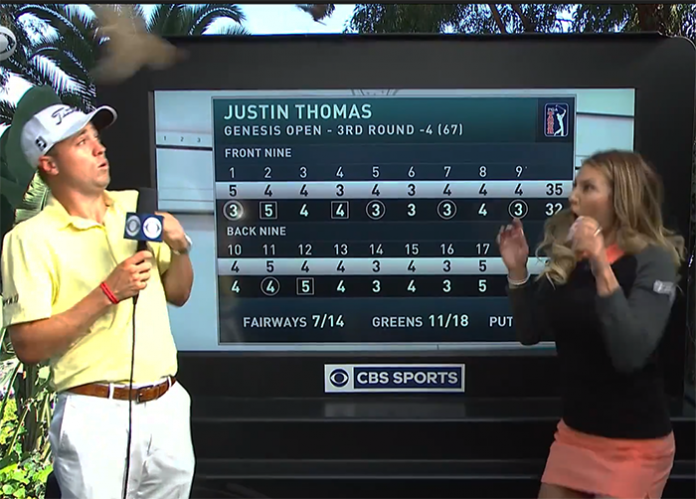 Justin Thomas posted a third-round 4-under 67 and will head into Sunday’s final round of the Genesis Open just four back of leader Bubba Watson.

During a post-round TV interview with CBS’s Amanda Balionas, the reigning PGA Champion was discussing his day at Riviera which included five birdies, one eagle… and two flying birds.

After 54 holes, Thomas sits T8 at 6-under par, alongside Dustin Johnson, among others.