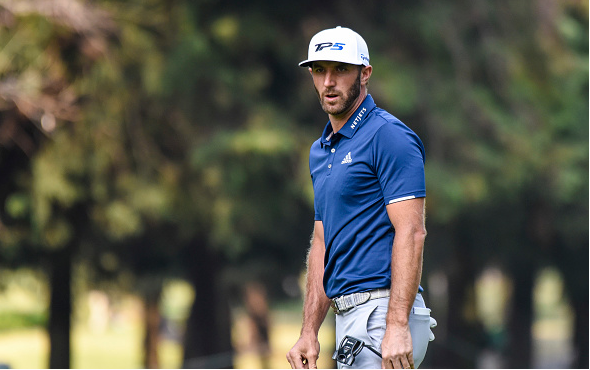 Dustin Johnson reportedly fell on some stairs in his rental home, and seriously injured his back. Johnson’s manager, David Winkle, said in a statement that the world No. 1 slipped on a staircase and landed hard on his lower back. His status for tomorrow’s first round of the Masters is now up in the air.

“At roughly 3:00 pm today, Dustin took a serious fall on a staircase in his Augusta rental home,” Winkle wrote in a statement. “He landed very hard on his lower back and is now resting, although quite uncomfortably. He has been advised to remain immobile and begin a regimen of anti-inflammatory medication and icing, with the hope of being able to play tomorrow.”

Johnson is paired with Bubba Watson and Jimmy Walker in the final group on Thursday with a 2:03 PM tee time. Some theorize the late start may give DJ more time to heal.

Only upside for Dustin re injury: Scheduled to tee off at 2:03 pm. Gives him a little extra time.

Potential saving grace for Dustin Johnson tomorrow: Playing in last group at 2:03 p.m., he'll have all day to receive treatment and rest.

The winner of three-straight tournaments, Johnson was the heavy favorite to capture his first Green Jacket this weekend.

Dustin Johnson was scheduled to receive POY award from Golf Writers Association of America at a dinner tonight. He has already canceled.

According to Tim Rosaforte…

.@TimRosaforte: Johnson was on a short staircase going into the basement when his feet went out from under him. http://glfwr.ld/cMcqvYz pic.twitter.com/Z5CzppkPzE