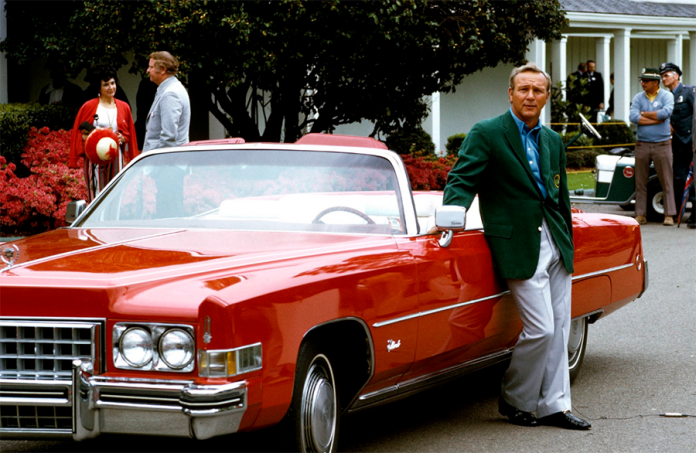 Masters Tournament Chairman, Billy Payne, opened his Wednesday morning press conference, by noting the feeling of emptiness by Arnold Palmer’s absence from the tournament for the first time in 60 years.

An emotional Payne then vowed that this year’s playing of the Masters would be a celebration of Palmer’s life story.

“I have no doubt that history will place its own special mark on the playing of the 81st Masters, as it is competed over the next four days,” said an emotional Payne. “But for all of us at Augusta National Golf Club, that history has already been written. It is the celebration of the life story of Arnold Palmer.”

While not getting into details, Payne said that the tournament will honor Palmer in a multitude of ways, including tributes through its media partners (TV, online, print) as well as making a “significant donation to the Arnold Palmer Charitable Foundation.”

Additionally, Payne said they would honor The King at the start of the tournament on Thursday morning with “an emotional goodbye” and “an even more powerful ‘thank you’ to the man we dearly love.” All patrons will be given “Arnie’s Army” pins, which Payne wore during his press conference.

As part of the tribute that Payne mentioned, the tournament’s official website, Masters.com, has produced a beautiful online tribute, celebrating the life and legacy of four-time Masters champion.

The modern, one-page-scroll format delivers a great collection of Arnie’s career related to the Masters, including feature stories, iconic photos, and career milestones.