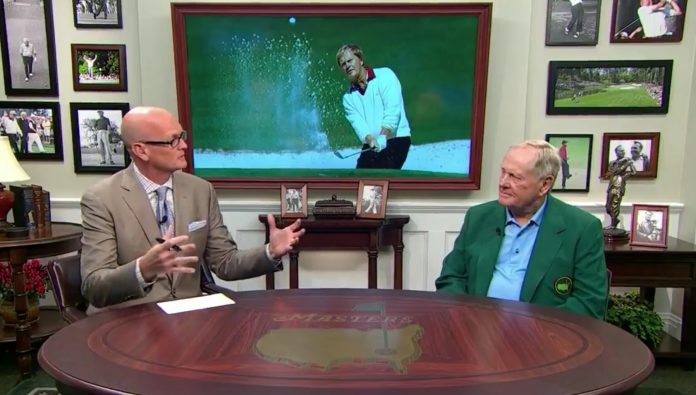 Jack Nicklaus sat down with ESPN’s Scott Pelley for an interview as part of the cable sports channel’s Masters coverage.

During the sitdown, Jack touched on the void left by the late, great Arnold Palmer during the champion’s dinner.

The 18-time major champion also got into a discussion on a “struggling” (Jack’s word) Tiger Woods, as well as a potential long drive competition against Gary Player at tomorrow’s ceremonial tee shots.

Chuffed when you know keeping in shape just helped you drive by your friend’s ball ? See you in two weeks @TheMasters pic.twitter.com/jtERxJrzt7

You can view the full 7 minute feature on Jack’s Facebook page.