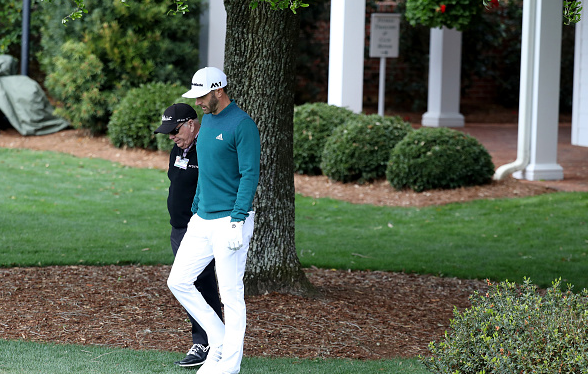 Dustin Johnson will make his return to the PGA Tour in early May at the Wells Fargo Championship at Eagle Point Golf Club.

The winner of the three straight tournaments leading up to the Masters, Johnson had to withdraw from the season’s first major after incurring a freak back injury at his Augusta rental home.

“We certainly are excited that Dustin will be joining us in Wilmington in a few weeks,” said Wells Fargo Championship Executive Director Kym Hougham. “More importantly, we are glad that he is OK and will be returning to the PGA TOUR. Local fans who have followed his career since he was an amateur player in this area are in for a real treat. He leads a group of players, currently in the field, who are among golf’s most dynamic and talented players in the world today.”

With Johnson’s commitment, there are currently six players among the top-20 in the world scheduled to compete in the tournament including, No.11 Adam Scott, No.12 Alex Noren, No.13 Jon Rahm, No.14 Patrick Reed and No.20 Phil Mickelson.

The Wells Fargo Championship is scheduled for May 1-7 at Eagle Point Golf Club in Wilmington, NC.