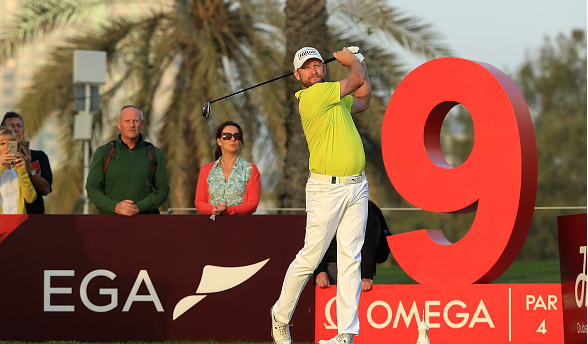 Jamie Donaldson fired an opening round 10-under 62 to take a one-shot lead into day two of the Omega Dubai Desert Classic. 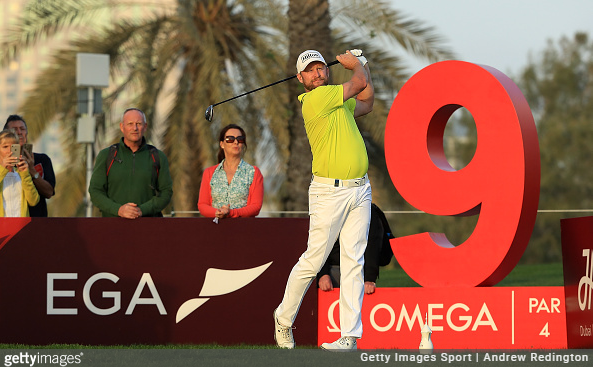 The Welshman, who started his round on the back side, finished with one eagle, one bogey, and nine birdies, highlighted by seven over a nine-hole stretch, including four in a row on Nos. 4-7.

At 11 under with two holes to play, Donaldson admitted he thought about the magic number 59.

“I’m not going to lie to you, I was thinking about it,” Donaldson said. “I birdied five and then started thinking, ‘if i just birdie them all coming in, then I’ve done it’.

“Sometimes you’re best not thinking and just keep playing but I was picturing birdieng them all and then jumping in the lake on the last.

“I’m stood here at ten under which I’m very happy with.”

The English duo of David Horsey and Anthony Wall sit one back at 9 under, after matching 63s.

Another Englishman in Tyrrell Hatton was at 8 under, while two-time winner Rory McIlroy was one shot further back at 7 under, alongside Swede Alexander Björk, Dane Lasse Jensen, England’s Chris Paisley and Belgian Thomas Pieters.

McIlroy’s round of 65 was bogey-free, marking the third in five rounds, going back to last week’s Abu Dhabi Championship, where he finished T3.

“I didn’t expect to play as well as I did last week and it’s been nice to continue that into this week,” McIlroy said. “I’m ahead of schedule right now but I don’t mind that. That’s nice. Just have to reassess everything and go from there.”

Defending champion Sergio Garcia posted a round of 67, and is five shots off the lead at T15. American Pat Perez posted a 3-under 69 and sits T42.

Rory McIlroy does his best impression of Seve Ballesteros with a punch shot from a messy spot.

“I’ve been working on my game, trying to find the form that I’ve found in the past. Everything worked perfectly today.”
– Jamie Donaldson