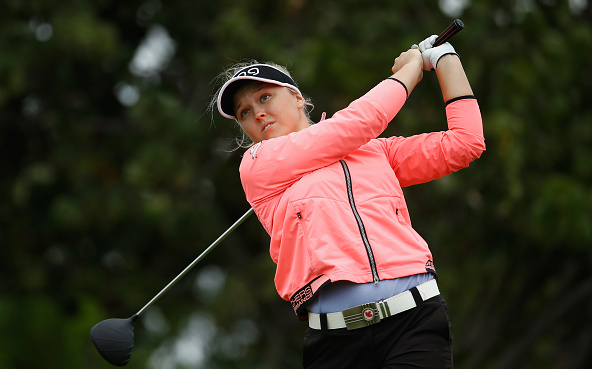 Brooke Henderson shot a bogey-free 5-under 68 at a windy Ocean Club Golf Course and will take a one-shot lead into Friday’s second round of the Pure Silk-Bahamas LPGA Classic. 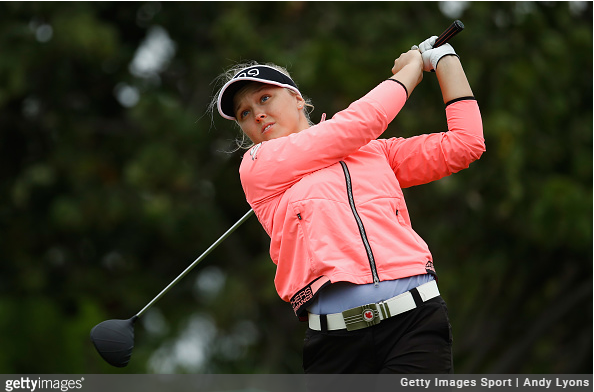 The round was delayed, and eventually suspended, due to strong winds gusts with 12 players still on the course.

“Like, it was so crazy, you know, beginning of the week I thought it was going to be Friday through Sunday that was crazy wind,” said Henderson.

Australia’s Sarah Jane Smith and Spaniard Luna Sobron Galmes were tied for second at 4 under.

Israeli Laetitia Beck, along with American Jaye Marie Green and Carlota Ciganda of Spain, round out the top 10 at 2 under.

Michelle Wie with a hole-out eagle on the par-5 11th. That backspin!

You know, Britt and I, we did a really good job of hitting balls pin-high, and I don’t know how we did it. It’s hard to judge wind sometimes, but I feel like we calculated everything really well.”
– Brooke Henderson, on playing in the strong wind.